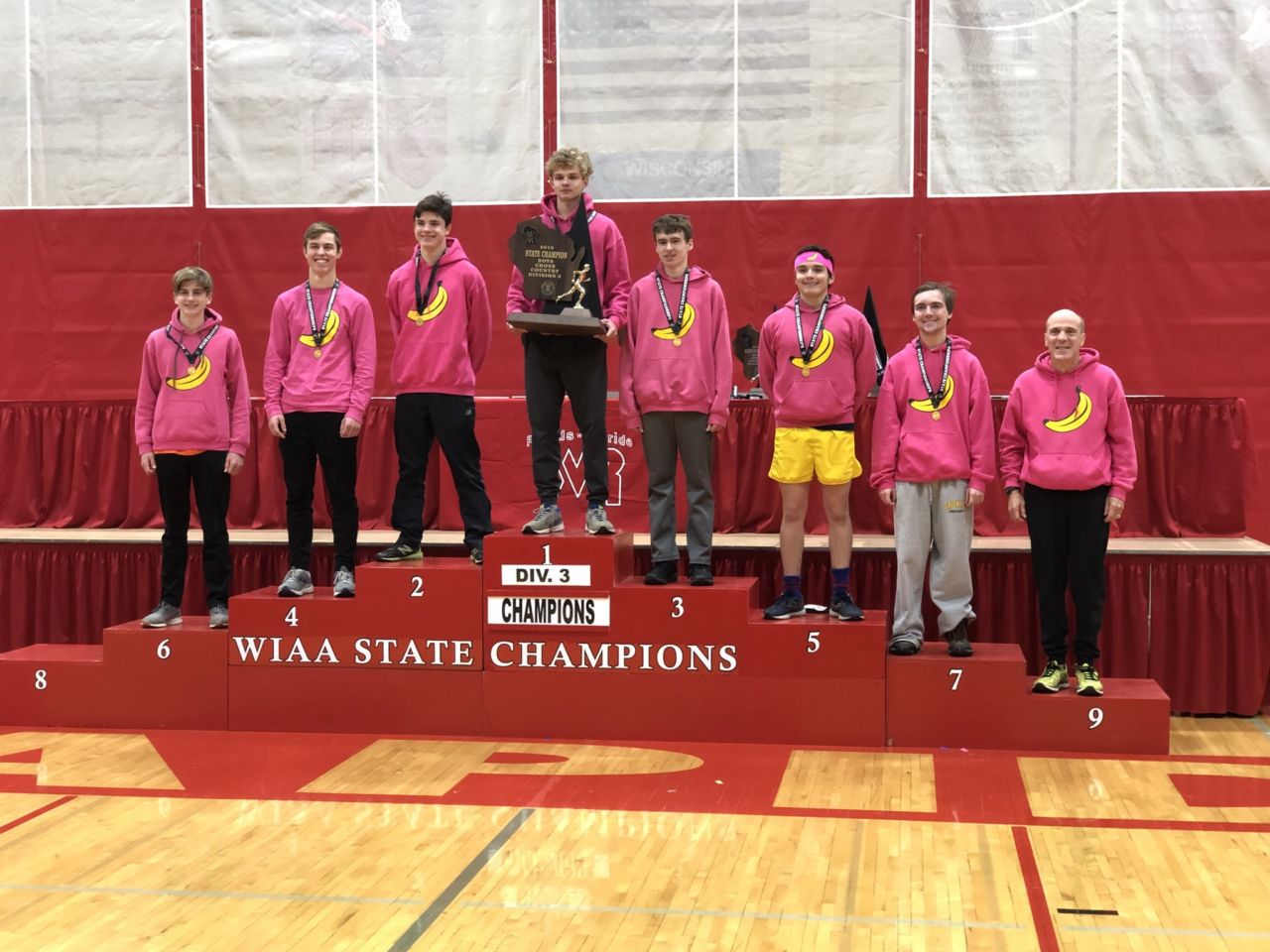 At the WIAA state championships on Saturday, Onalaska’s Kora Malecek won one meet — breaking a meet record — her team took second overal. The Aquinas boys won as a team — again — led by a second-place finish by Andrew Skemp.

And, the Logan boys took fourth as a team, thanks in part, to Zach Slevin’s second-place finish at The Ridges Golf Course.

The Blugolds Top 5 all finished in the Top 25 — in team standings — in winning back-to-back Division 3 WIAA state titles at the Ridges Golf Course on Saturday.

In leading the Rangers to fourth overall — they were eighth last year — Slevin finished runner-up in 16:16.6 for Logan, Bye finished seventh overall (16:37.6).

The Rangers finished with 133 points. Valders won state with 78 points, while Notre Dame was second (108) and Freedom third (116).

Malecek didn’t just win, the Onalaska junior finished in 17:44.6 — 30 second ahead of the second-place finisher — breaking a meet record in doing so.