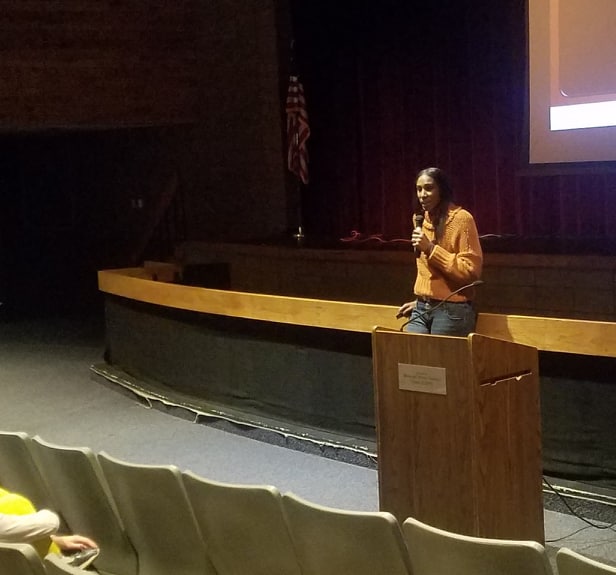 Audiences in the Coulee Region heard from a four-time Olympian and basketball Hall of Famer Wednesday afternoon.

Lisa Leslie, who was MVP twice in the WNBA with the L.A. Sparks and won gold four times for Team USA, was first in Onalaska speaking to high school players and other young students, before headlining for “Night with the Y,” a fundraising event at for the La Crosse Area Family YMCA.

Leslie spoke about her need to prove doubters wrong, including her own teammates on an all-boys team when she was a teenager.

“I could shoot and I could score,” Leslie said. “The boys didn’t know that, so they didn’t pass to me. I stole the ball from my own teammate and scored, and everyone started chanting, ‘Give it to the girl!’”

Despite all of her success, the 47-year-old mother of two preached the importance of overcoming adversity.

“Who are you when times are tough?” Leslie asked. “What kind of person and teammate will you be? No one talks about my losses but those are what drove me.”

Leslie says she took up basketball in seventh grade, in part, to get out of dangerous Compton, Cali., where she grew up.