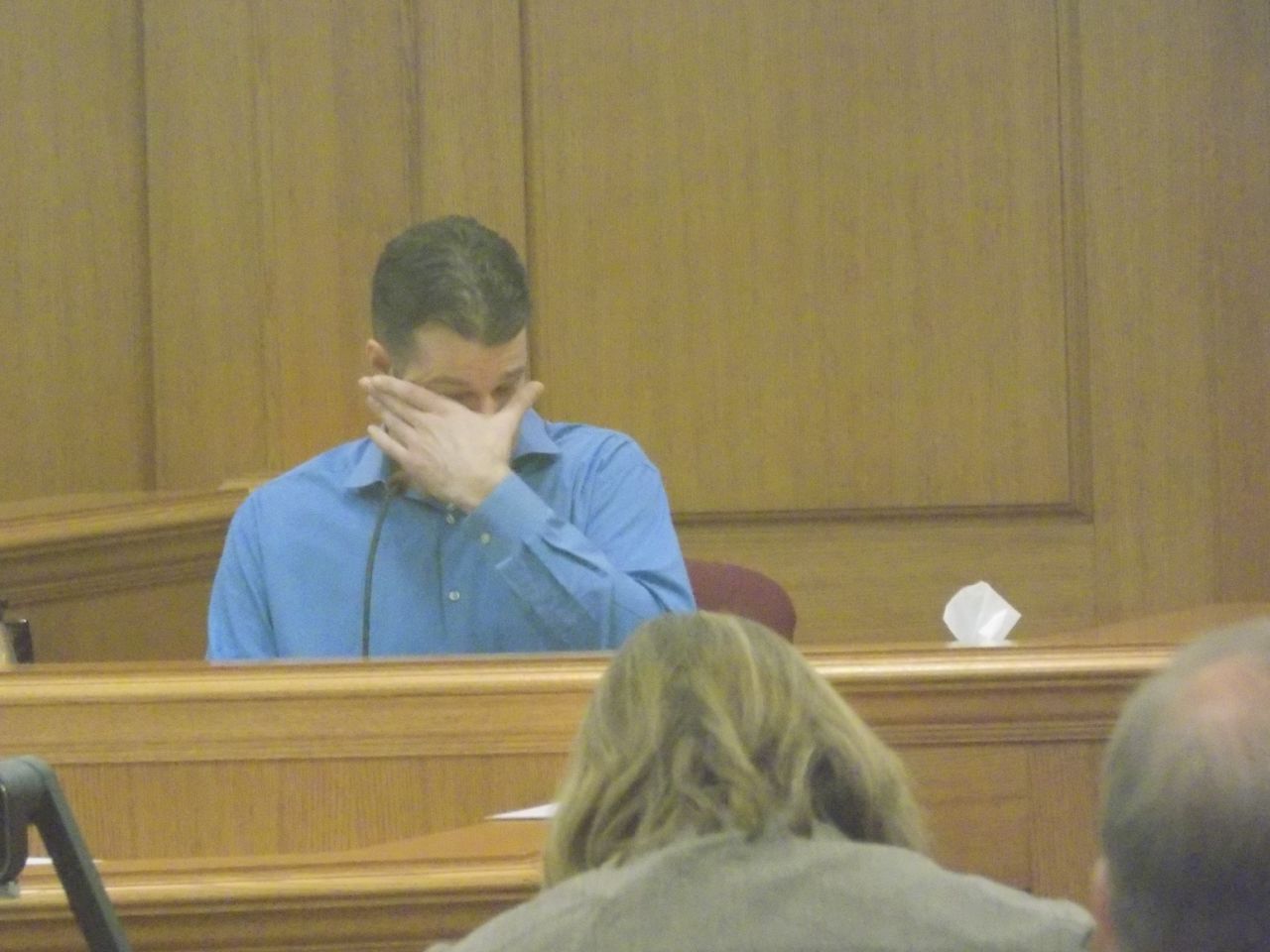 Erik Sackett cries while testifying at his murder trial

Erik Sackett has taken the witness stand at his own murder trial, and immediately denied committing murder.

“No, I did not,” said Sackett, when defense attorney Christopher Zachar asked him if he had killed Erin Somvilai.

Sackett, 39, was charged last year with the murder of Somvilai, his former girlfriend, whose body was found tied to concrete blocks in a Vernon County lake.

During, sometimes, tearful testimony Monday, Sackett said Somvilai became angry many times in the last weeks he knew her, especially after he broke up with her and met a new girlfriend.

Sackett said he believed Somvilai took keys to his cabin on Runge Hollow Lake, and he tried to call and text her repeatedly on June 4, 2018, just after they had a fight.

The prosecution believes Sackett may have killed Somvilai on the June 3 or 4, when her family reported her missing.

Under questioning by La Crosse County District Attorney Tim Gruenke, Sackett denied killing Somvilai, denied being with her when she died and said he did not take her body to the lake.

Sackett said the last time he talked to Somvilai, she woke him up early on June 4. He said Somvilai knocked on his window and wanted to come in.

He didn’t want to let her inside, and she asked if his new girlfriend was in bed with him.

Sackett said he had two body pillows with him, lied and said Kelly was in bed. Somvilai screamed and took off.

Sackett says he thought he saw Somvilai driving in south La Crosse later that day, and he sent her text messages that went unanswered.

Sackett’s attorney suggested Somvilai killed herself in the lake, where her body turned up June 17, 2018, tied to those concrete blocks.

The defense plans to call only two more witnesses on Tuesday. Neither one is the La Crosse doctor identified as a “person of interest,” who reportedly paid Somvilai to participate in bondage rituals.

The jury could receive the case on Thursday.