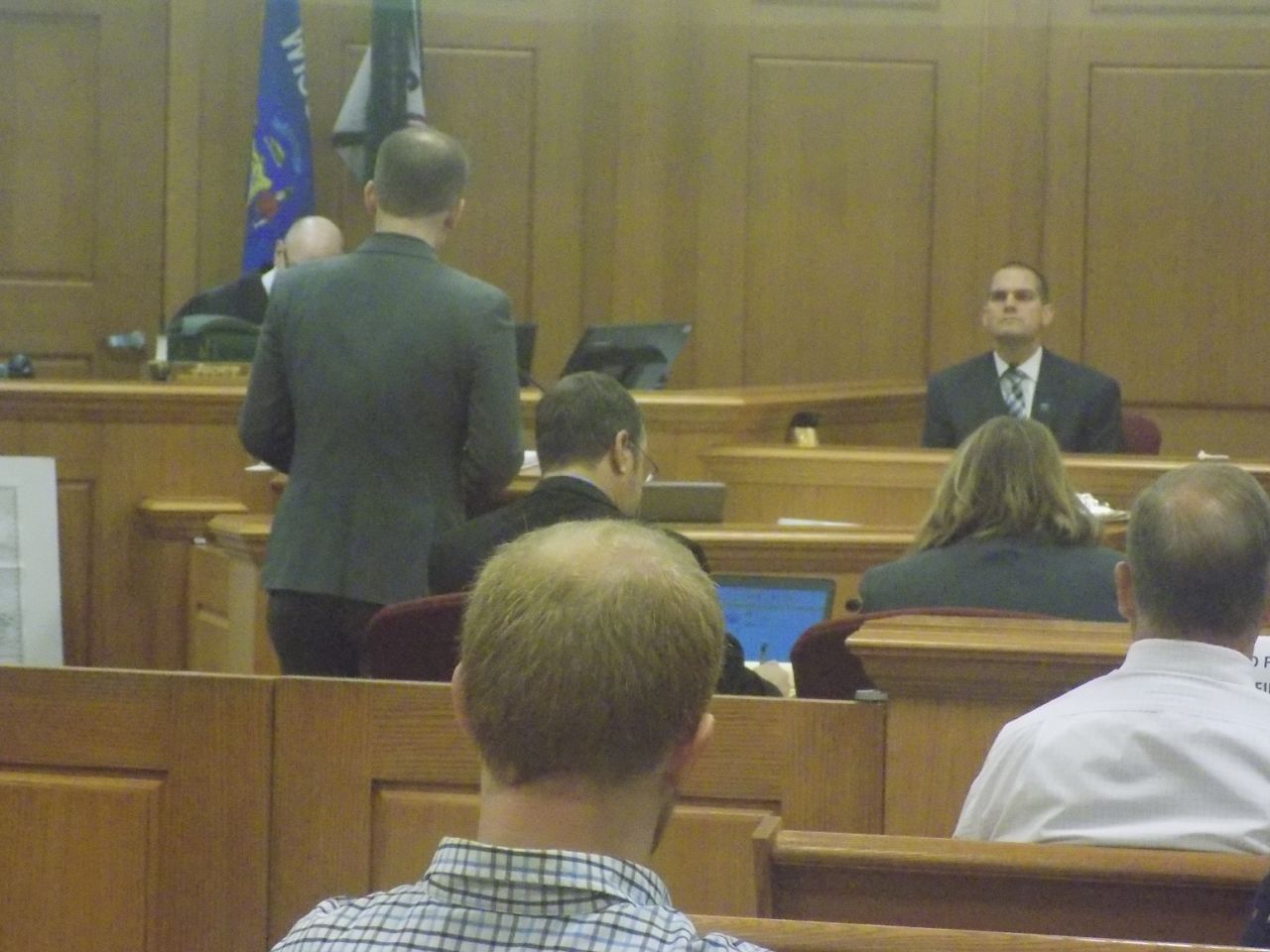 La Crosse Police Chief Shawn Kudron testifies at the Erik Sackett trial on Friday, on his role in the Sackett murder investigation

The prosecution has rested its case at the Erik Sackett murder trial in La Crosse, but the defense doesn’t see much of a case.

Sackett is accused of killing his ex-girlfriend, Erin Somvilai, in June of last year.

The defense has suggested that Somvilai committed suicide, by going into a lake with weights tied to her body.

Gruenke argues that Somvilai was missing for two weeks, and then was found ‘in a lake that (Sackett) has a cabin on, and she is found with concrete blocks attached to her that are similar in appearance to blocks found in the defendant’s driveway. I think there’s more than enough, at this point, to find the defendant guilty.”

Levine rejected the motion for an acquittal, saying the state has met its burden of proof.

The only prosecution witness called on Friday was new La Crosse police chief Shawn Kudron, who was the chief investigator for the police in the Sackett case.

The defense argues that the investigation of Somvilai’s death was not thorough enough, and that police might have had ‘tunnel vision’ in focusing on Sackett as a murder suspect.

Kudron commented that ‘it’s possible’ police could approach a case with tunnel vision.’