Giannis gets triple-double, Harden can't hit the broadside of a barn and Bucks spoil Rockets home-opener 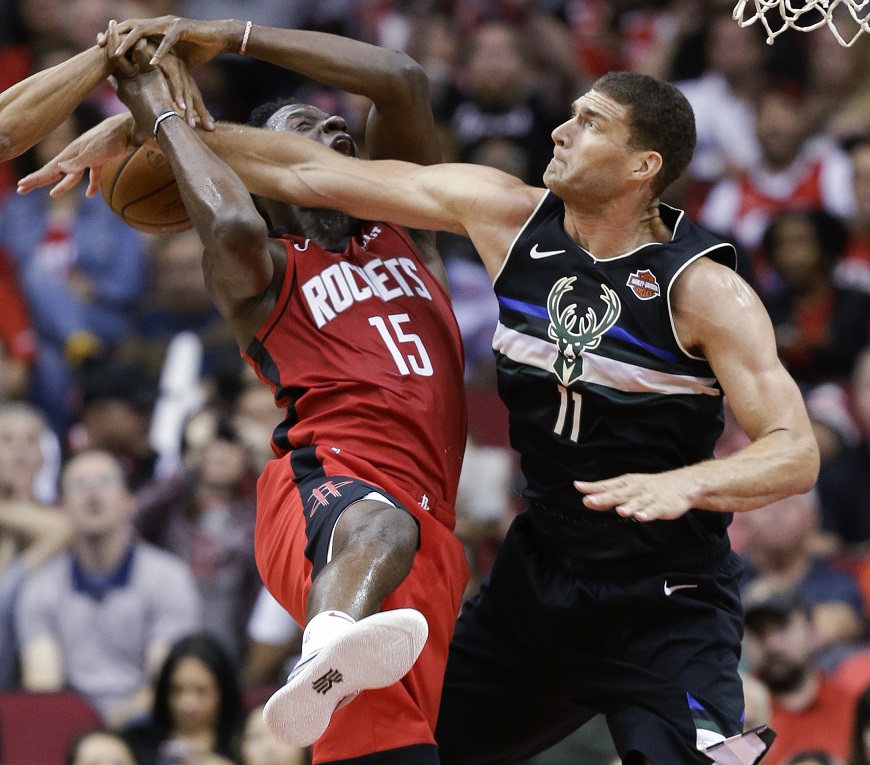 Giannis Antetokounmpo fouled out late in the fourth but it didn’t matter.

The Milwaukee Bucks came back from a 16-point halftime deficit, held last season’s MVP runner-up to 2-for-13 shooting and spoiled Russell Westbrook’s Houston Rockets debut with a 117-111 win.

Antetokounmpo finished with a triple-double — 30 points, 13 rebounds and 11 assists — in just 28 minutes. The reigning MVP shot 11 of 17 from the field, 2 of 5 from 3-point range and 6-for-11 from the free-throw line. also had a steal, just three turnovers and this ridiculous block on Harden.

Westbrook was solid in his debut. He shot his typical 7 of 17 from the field, but did go 3-for-7 from deep and 7 of 11 from the line, finishing with 24 points, 16 rebounds and seven assists with just three turnovers.

Bucks newcomer Wes Matthews had 14 points, going 2-for-8 from deep.

Khris Middleton and his new, near-max contract, had 11 points on 4-of-16 shooting.

With Antetokounmpo out, it was Brook Lopez and Ersan Ilyasova that carried the Bucks late — Ilyasova from the perimeter and Lopez from the post. The center finished with 11 points and five blocks, while Ilyasova had 13 points on 6-for-8 shooting, 11 rebounds and multiple “charges taken” off the bench.