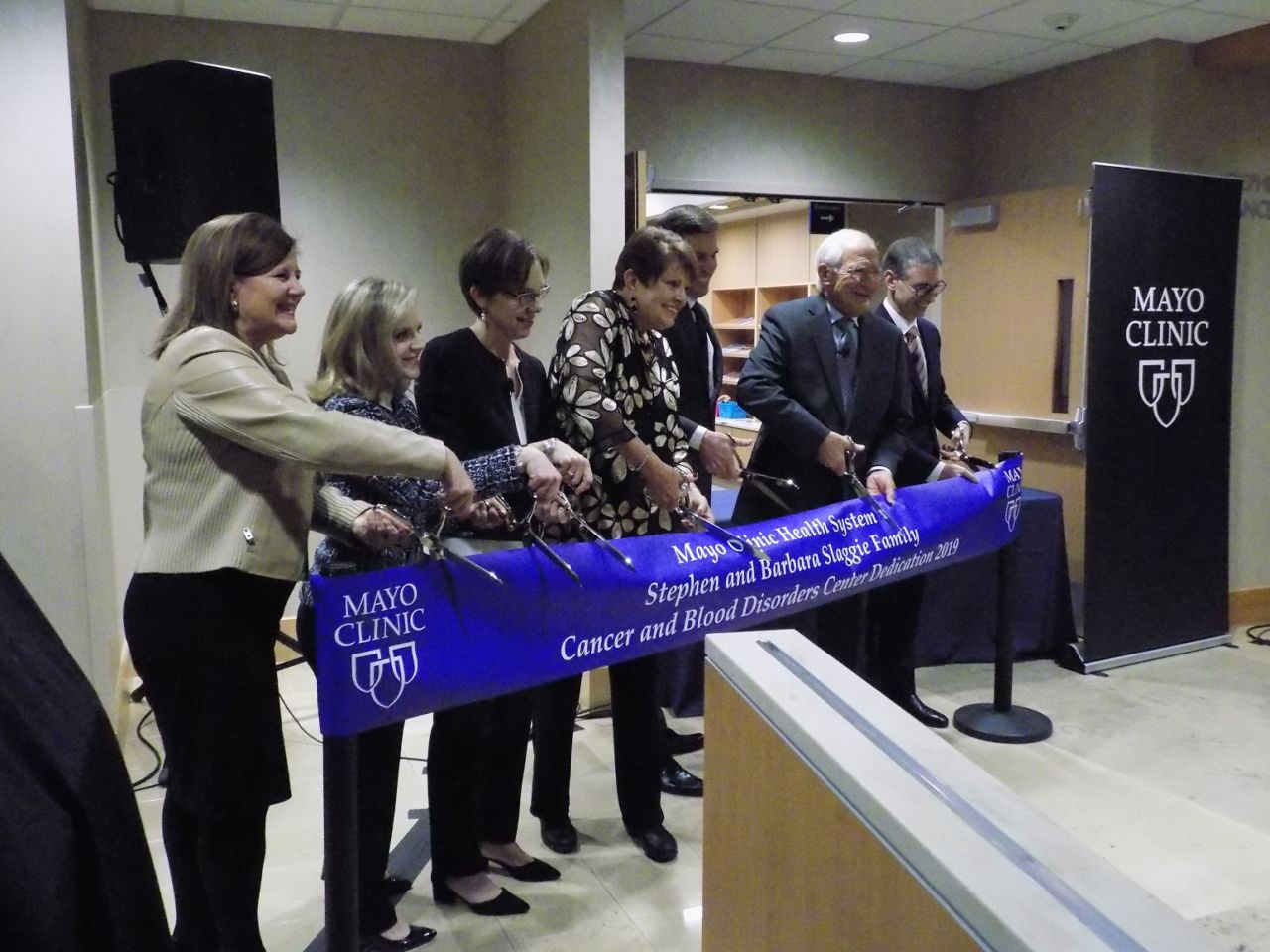 The Mayo Health System cancer center in La Crosse is almost finished, and it just got a new name.

Stephen and Barb Slaggie donated $5 million to the project earlier this year. Tuesday, it was dedicated in their honor.

“People in this surrounding area, Minnesota and Wisconsin, won’t have to go to Rochester for treatment,” Barb Slaggie said. “This really is just an ideal spot.”

Stephen Slaggie’s personal battle with prostate cancer, along with other family members dying of the disease, played a role in their contribution.

“We have an association with Mayo, as well as with cancer,” Stephen Slaggie said. “I hope there won’t be a large need for it but I fear there will be. We’re grateful to be a part of it.”

The renovation allowed Mayo to double the treatment rooms, exam rooms and expand the pharmacy.

Construction and renovation on the 3,900-square-foot center began last year.