Lawmaker apologizes for fake Omar photo, but not to Omar

Election officials urge voters to drop off absentee ballots by hand or vote in person, with mail deadline in question

Even in death, pot candidate upends Minnesota US House race 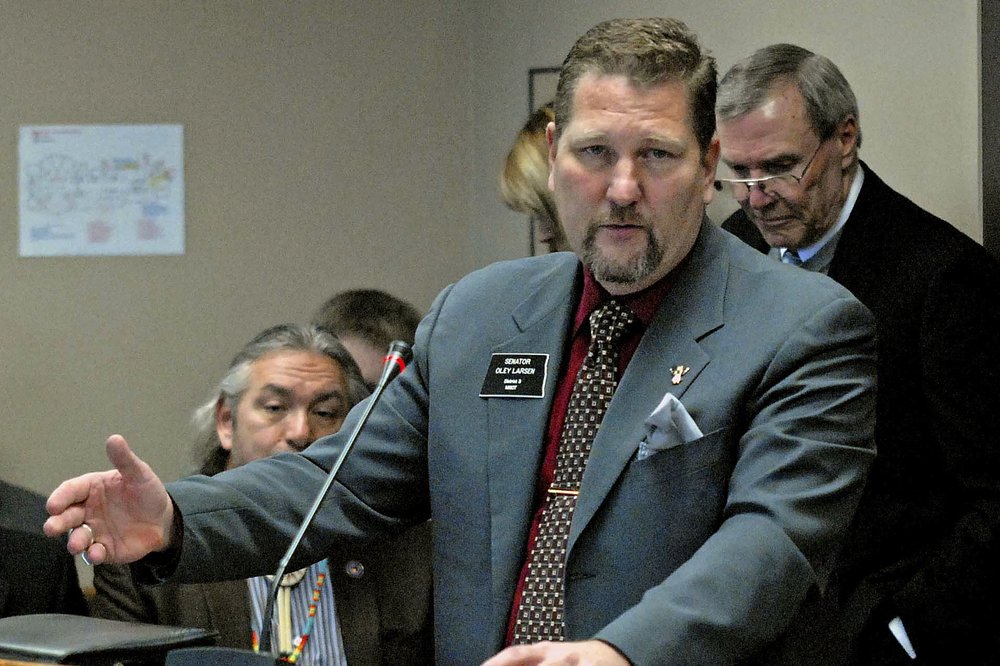 FILE - In this March 4, 2015 file photo, Sen. Oley Larsen, R-Minot, speaks in Bismarck, N.D. Rep. Ilhan Omar, D-Minn., has condemned the Republican state senator from North Dakota who posted a long-debunked photo on his Facebook page that purports to show the Minnesota Democrat holding a weapon at an al-Qaida training camp. Larsen has since removed the photo, which has been debunked by several sources since it appeared on social media over the summer. Omar calls the post "pure propaganda designed to stir up hate and violence."(AP Photo/The Bismarck Tribune, Tom Stromme File)

State Sen. Oley Larsen said in a Facebook post that he’s “sorry for spreading fake news” and was “willing to own my role in spreading misinformation” before lobbing fresh criticism at Omar.

Omar is a Somali American and one of the first Muslims elected to Congress. Larsen repeated familiar criticism from some conservatives for remarks that Omar made in recent months on Israel, Jewish influence in Washington, and 9/11 that have drawn accusations of anti-Semitism and insensitivity.

Omar apologized for suggesting that lawmakers support Israel for money and has said she wasn’t criticizing Jews. She said criticizing the Israeli government is not anti-Semitic.

Omar did not immediately respond to a request for comment about Larsen’s fresh attacks.

Senate Majority Leader Rich Wardner and GOP Gov. Doug Burgum on Tuesday called on Larsen to apologize and to relinquish his position as president pro tempore, a post in which he presides over sessions when the lieutenant governor is absent.

Larsen wrote that he won’t resign from “any of my positions” in the Legislature.

Wardner said Larsen told him Tuesday night that he would not step aside.

“He thinks he has done nothing wrong — but he’s only caused a riot,” Wardner said.

Wardner called Larsen’s actions an embarrassment to the Legislature and North Dakota. He said he will meet with the state Senate’s GOP caucus before deciding what to do next.