Victim in police encounter had started new life in Minnesota

Some churches say services still too risky as cases grow 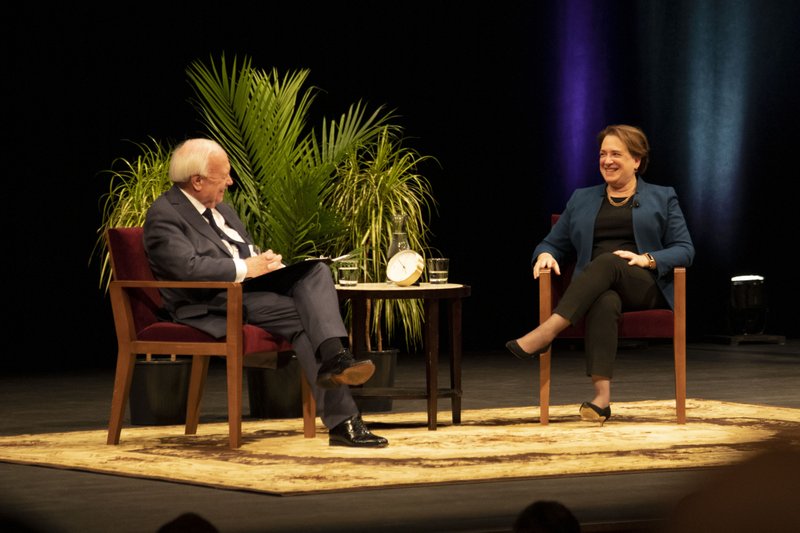 MINNEAPOLIS (AP) — Associate Justice Elena Kagan said Monday that it “behooves” the U.S. Supreme Court to realize in these polarized times that there’s a danger of the public seeing it as just a political institution — and to strive to counter that perception.

Speaking at the University of Minnesota, Kagan said the high court’s legitimacy depends on public trust and confidence since nobody elected the justices.

“We have to be seen as doing law, which is distinct from politics or public policy, and to be doing it in a good faith way, trying to find the right answers,” she said.

Kagan acknowledged that the justices can be “pretty divided” on how to interpret the Constitution. But she said the view that politics guides their decisions is an oversimplification. The justices decide most of their cases unanimously or by lopsided margins, she said.

The justice didn’t mention a Marquette University Law School poll released earlier Monday in which 64% of respondents said they believe the law, rather than politics, mostly motivates the high court’s decisions. But the findings dovetailed with her remarks.

“It behooves us on the court to realize that this is a danger and make sure it isn’t so,” she said.

Kagan, 59, who was appointed by President Barack Obama in 2010 and is a member of the court’s liberal wing, said she believes none of the justices decide cases for partisan political reasons, but they do have different legal philosophies and approaches to constitutional issues.

Sometimes there’s no way to decide some cases without the results seeming pollical, she said, “but I think especially in these polarized times, I think we have an obligation to make sure that that happens only when we truly, truly can’t help it.”

Kagan said she took the unusual step, for her, of reading part of her dissent from the bench in a gerrymandering case this summer because it was such an important issue and that she strongly disagreed with the 5-4 decision. The conservative majority ruled that partisan gerrymandering of congressional and legislative districts was none of its business. The decision freed state officials from federal court challenges to their plans to reshape districts to help their parties.

“I thought that the court had gotten it deeply wrong,” she said.

Kagan appeared as part of a lecture series sponsored by the University of Minnesota Law School that, in past years, has brought Justices John Roberts, Sonia Sotomayor, Antonin Scalia and Ruth Bader Ginsburg to campus.