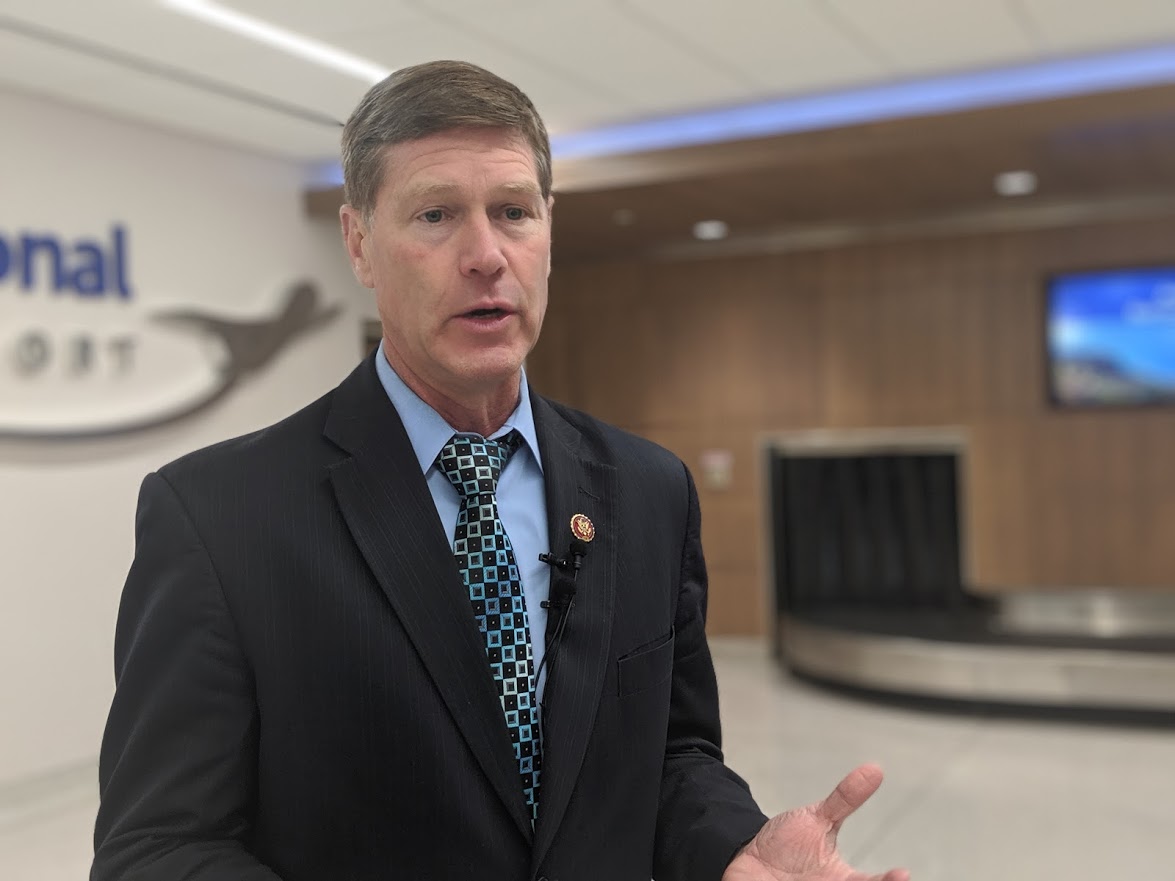 Trade and politics are putting the Midwest in the spotlight.

Just before flying to Washington D.C., U.S. Representative Ron Kind (D-La Crosse) spoke of his recent delegation to Switzerland in a news conference at the La Crosse Regional Airport.

The purpose of the bi-partisan congressional delegation to Geneva was to have meetings with the World Trade Organization (WTO), according to Kind.

“We are one of 165 nations that participate in this organization,” Kind said. “Our goal is to end the trade war, which has been devastating to our family farmers, hurtful to our manufacturers, and driving prices up for consumers.

Kind said the countries needed to elevate and strengthen the rules of trade so farmers, businesses and workers have a level playing field on which to compete globally.

“We found great interest with our member-nations over there to engage with us on a constructive basis to strengthen and elevate these rules rather than the unilateral approach the president has taken by starting all of these trade wars and then the tit for tat retaliation that we are suffering from right now,” Kind said.

After the 13th round of trade talks with China, the word from Washington was that President Donald Trump had a breakthrough. Markets rallied in relief over the de-escalation in tensions, but Kind said there is still more work to do. “Call me a little bit skeptical, but we’ve been down this road before where the president announces a trade deal, and then there really wasn’t much there,” Kind said. “We haven’t seen much on paper at all. We’re not sure what China has agreed to.”

He hoped to explore the deal in Washington this week. Meanwhile, Kind said several countries do agree with Trump that there is a need for structural reforms within the Chinese economy.

“Their theft of intellectual property, forced technology transfer, their subsidizing state-owned industry, all of which are against the rules of trade,” Kind said. “I didn’t see much in that agreement that addressed those types of changes, so I think there is a lot of work that has to go into making sure that China is playing by the same rules as everyone else is.”

Kind said the recent trade wars not only hit the American farmer, but also manufacturers and consumers.

“We had record bankruptcies last year that went into this year,” Kind said. “Three dairy farmers are going out of business daily right now. Our manufacturers are getting hit with higher costs for their inputs and having a harder time exporting. We consumers are paying a much higher price now because of the tariffs or taxes that are passed onto the American consumer, and that too I think is having an adverse economic impact.”

The congressman disapproved of the president’s unilateral tariff wars, saying the actions only invite retaliation.

While many farmers and industry leaders are waiting for a deal in the U.S. Mexico and Canada (USMCA), Republicans accused Democrats of spending more time trying to impeach President Donald Trump than making trade policy.

“We are walking and chewing gum,” Kind said. “We are moving forward on, and we are working on the trade deal between Mexico and Canada, but we need to strengthen the enforcement. You can have a great deal on paper, but if you can’t have the enforcement, it means nothing.”

Kind cautioned Wisconsinites saying the state will be a focal point in the upcoming election cycle. However, he added it could give a voice to rural communities.