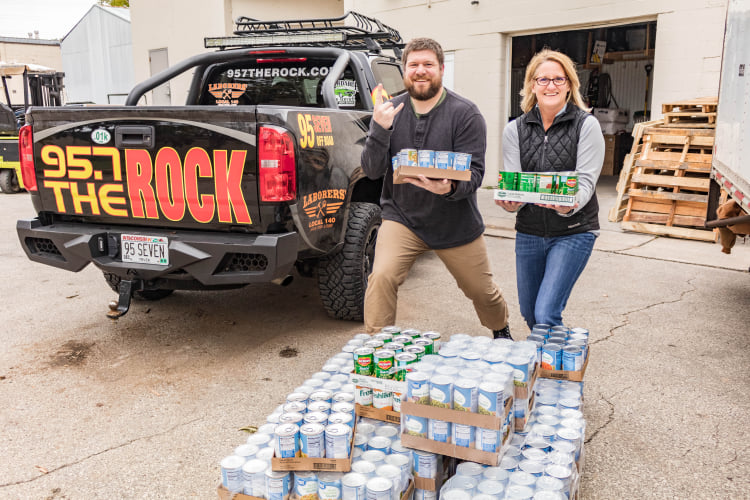 Last week, the WAFER Food Pantry reached out for help. Executive Director Erin Waldhart said the community did the rest.

“Our community responded when they heard our need,” Waldhart said. “So many businesses and individuals came and dropped off what they could. It will definitely see us through.”

Among those, 95.7 the Rock and the Rock Foundation, which dropped off 504 cans of much-needed vegetables — not likely in Brian Simpson’s office.

From large donations to small, the food pantry needs help from the community year-round.

A reprieve usually does come, however, when school starts in the fall, according to Waldhart.

“September has been fairly average and October feels slow, but thankfully we’ve had a lot of help,” Waldhart said. “That definitely will affect how we feel about the output.”

Two years ago, the pantry decided to take its act on the road.

It acquired a truck that goes to more rural parts of La Crosse County to help people who have transportation issues.

Safe to say the experiment has paid off.

“The Mobile Food Pantry is going really well,” Waldhart said. “We just added a couple of sites in Onalaska, and our attendance is up in a few places. That could be that people are aware that the service is available.”