La Crosse man responsible for YMCA damage turns himself in 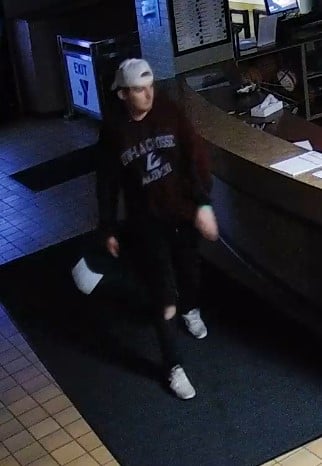 The person responsible for trashing the La Crosse YMCA has turned himself in.

Peyton Nett said he saw news coverage of himself while he was at home in Fon Du Lac, Wis., as well as several friends who notified him that he was being sought by police.

On Friday, the YMCA had to open three hours later so staffers could clean up the vandalism, which included splattered with paint on inside walls, destroyed computer screens, furniture tipped over, as well as a West Avenue-facing window being broken, which is how the building was entered.

Nett told officers he had four or five rum and cokes at a friend’s house Thursday night, then another four or five whiskey and cokes, later, downtown.

He said the last thing he remembers was being at a downtown bar before blacking out. He woke up in his apartment the next morning.

Nett is charged with felony criminal damage to property and burglary.