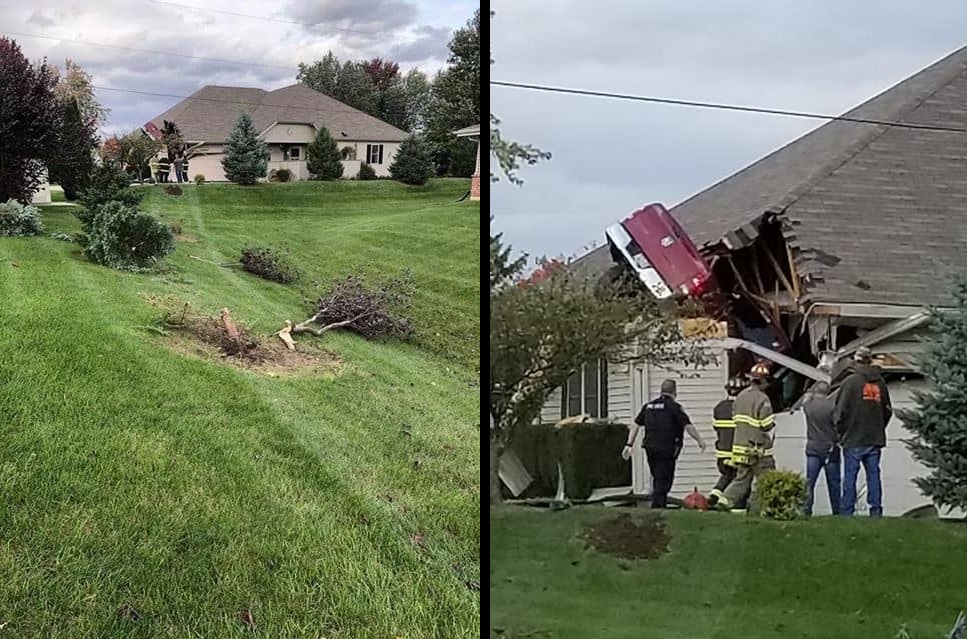 BELOIT, Wis. (AP) — Police say a Wisconsin man was arrested after crashing a pickup truck into the roof of a Beloit home.

A news release from Beloit police says the 37-year-old man, of Beloit, was driving at a high rate of speed Saturday afternoon when his vehicle left the roadway, entered a water-retaining ditch and went airborne. The homeowner said he was watching a University of Wisconsin football game when the truck came crashing through the roof about 12 feet from him.

No injuries were reported. First responders helped the pickup driver out of the vehicle.

The driver was arrested on suspicion of operating a vehicle while under the influence, possession of marijuana, possession of drug paraphernalia and reckless driving.