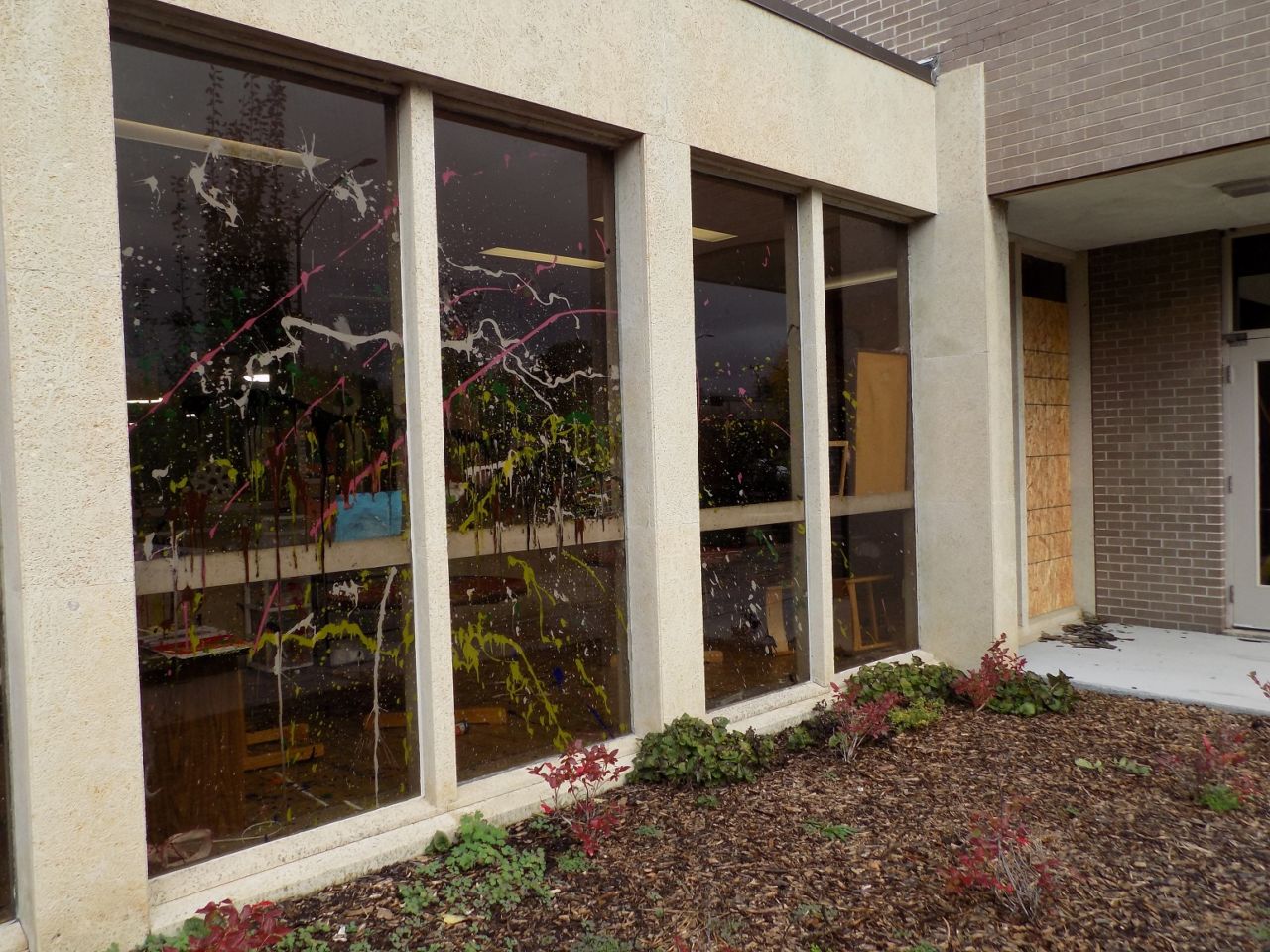 There’s no estimate yet of property damage done by an intruder at the La Crosse Family Y.

The CEO of the Family Y, Bill Soper, said a window was broken on the West Avenue side of the building either late Thursday or early Friday.

Nearby windows were splattered with paint from the inside, furniture was tipped over, and there was damage to the main reception area and the Prime Time section of the first floor.

The Y opened three hours later than usual Friday so staffers could clean up the vandalism.

La Crosse Police asked for the community’s assistance in locating the suspect who is responsible for this damage.

The suspect, who can be viewed in the video below, is described as a younger white male, wearing a white baseball hat, blue jeans with a torn knee, white Nike tennis shoes and a maroon UW-La Crosse Alumni hooded sweatshirt.

Police ask anyone who knows the identity or whereabouts of the individual to call 608-789-5962.