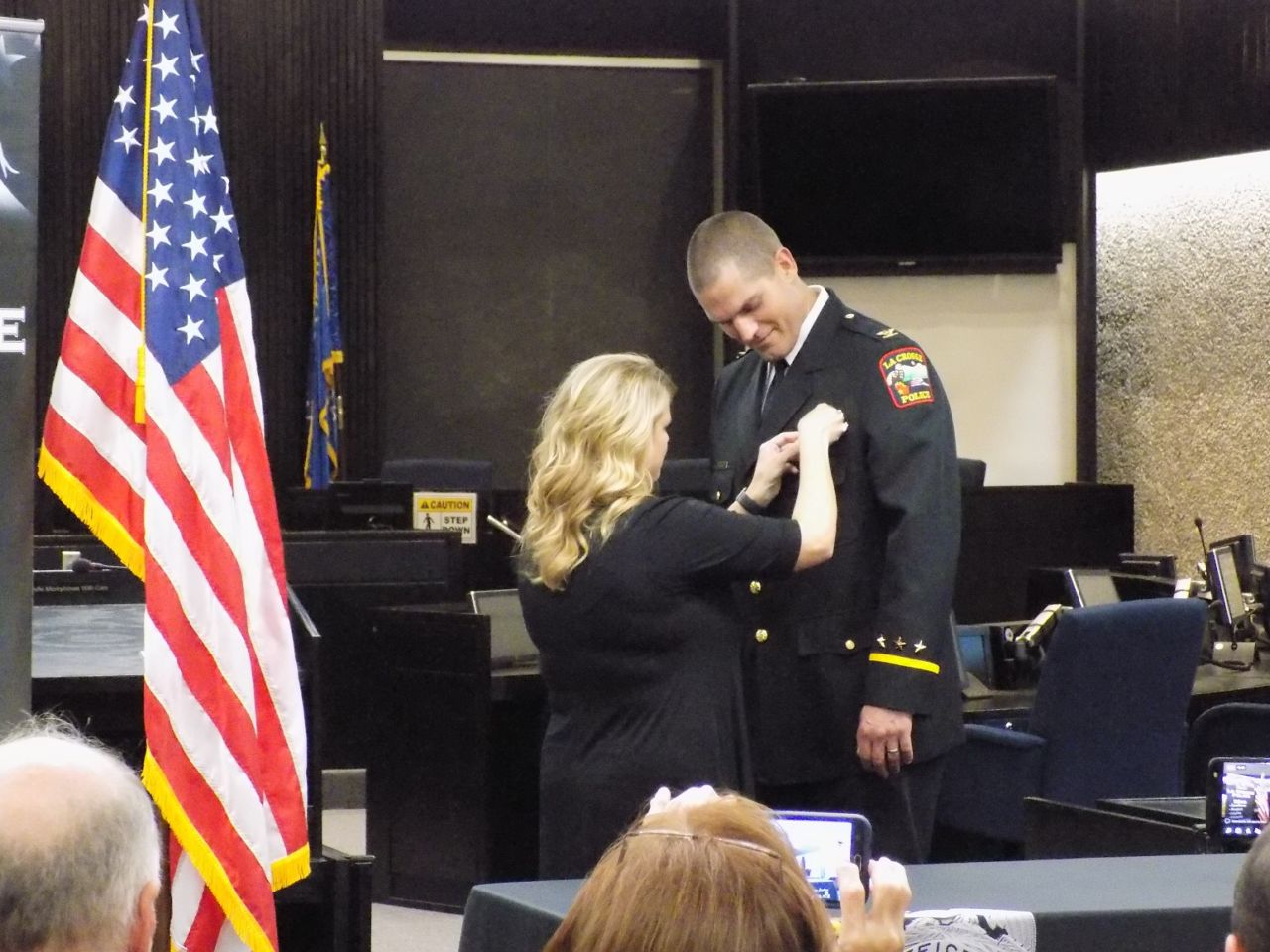 The first few days as La Crosse’s new chief of police have been “busy, but good” for Shawn Kudron.

The veteran La Crosse police officer was sworn in last week, and has been kept occupied by meeting with staffers and community members.

Thursday morning on WIZM’s La Crosse Talk, Kudron was asked if his wife and children have adjusted to having a police chief in the family.

“I’ve been working in law enforcement now for nearly 20 years here in La Crosse, and they have a pretty good understanding of what it takes to do this job,” Kudron said.

The relationship between La Crosse judges and local police has been strained recently, as police have publicly protested when some crime suspects are let out of jail, and quickly arrested again.

But Kudron is concerned about how the courts deal with lawbreakers and is interested in whether people convicted of crimes get the proper punishment.