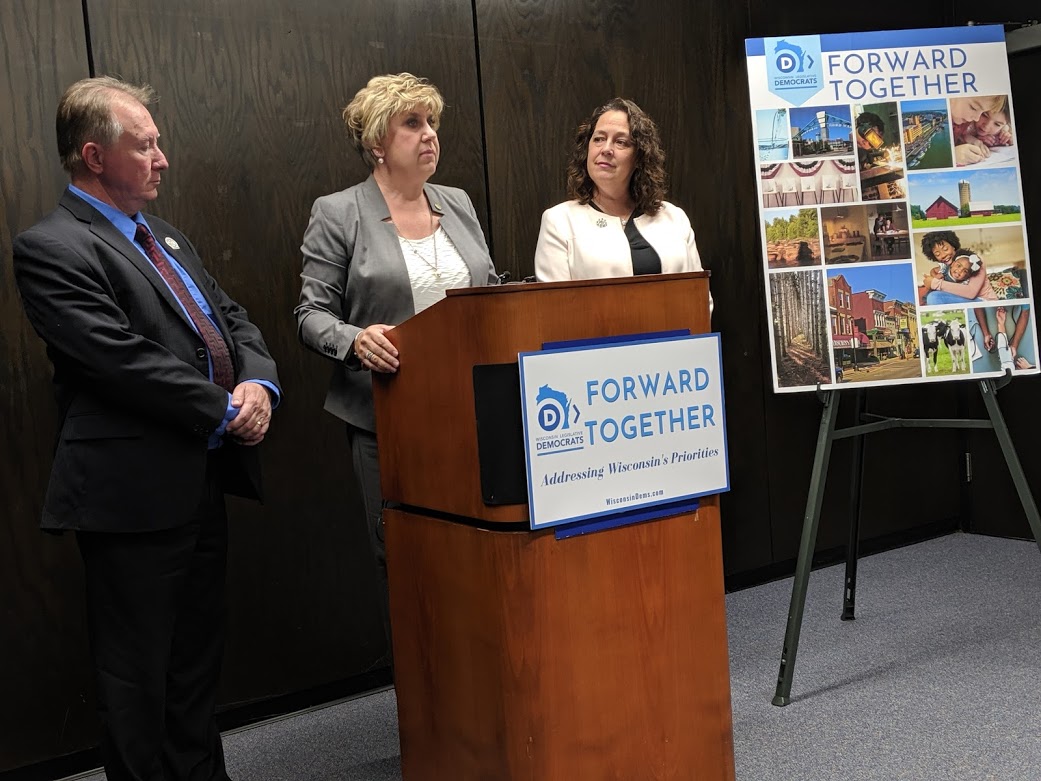 Prescription drugs, education, and clean water were just some of the issues Wisconsin Democrats said they want to focus on this fall.

In a series of press conferences held throughout the state, Democratic legislators promoted “Forward Together,” a list of legislative priorities that reflect what they believed to be the will of the people of Wisconsin.

Shilling stated they cannot get to work because of the Republican-controlled legislature.

“It is clear that they are trying to run out the clock and slow play this democratic administration,” Shilling said.

Shilling said they came into September with a back-to-school, back-to-work theme, but the legislature did not meet. They had a single floor period scheduled for Tuesday out of a two-week opening in October. In November, they also only have one day scheduled for the floor.

“That is unacceptable,” Shilling said. “The taxpayers of Wisconsin should be demanding that the legislature goes back to work. This Republican-led legislature is quickly earning the reputation of an adjourn early legislature with only a couple of days scheduled for 2020.”

With only six months left in this legislative calendar, Billings said there are still tough issues they hope to tackle. Her focus was on prescription drugs, clean water, and access to childcare.

La Crosse only had 87 registered daycare businesses in 2019 compared to 330 in 2009, according to Billings. She added the annual cost of infant childcare in Wisconsin is the 13th highest in the nation and outpaces the tuition of many four-year institutions.

“With our workforce shortage, we need everyone who can work and who wants to work to be able to work, but moms are now choosing to stay at home, and dads too, because the accessibility and access to childcare makes it too difficult for them to put the pieces together and get to work,” Billings said.

Doyle said he wanted to increase special education funding this fall session, but also expressed frustration at the lack of meetings.

“The Wisconsin legislature should not be a part-time job with full-time pay,” Doyle said. “We were elected to get stuff done, and we are not doing anything. I have committees that I am on, and we have not met, and we are not scheduled to meet for this entire session.”

The full press conference audio can be heard below.