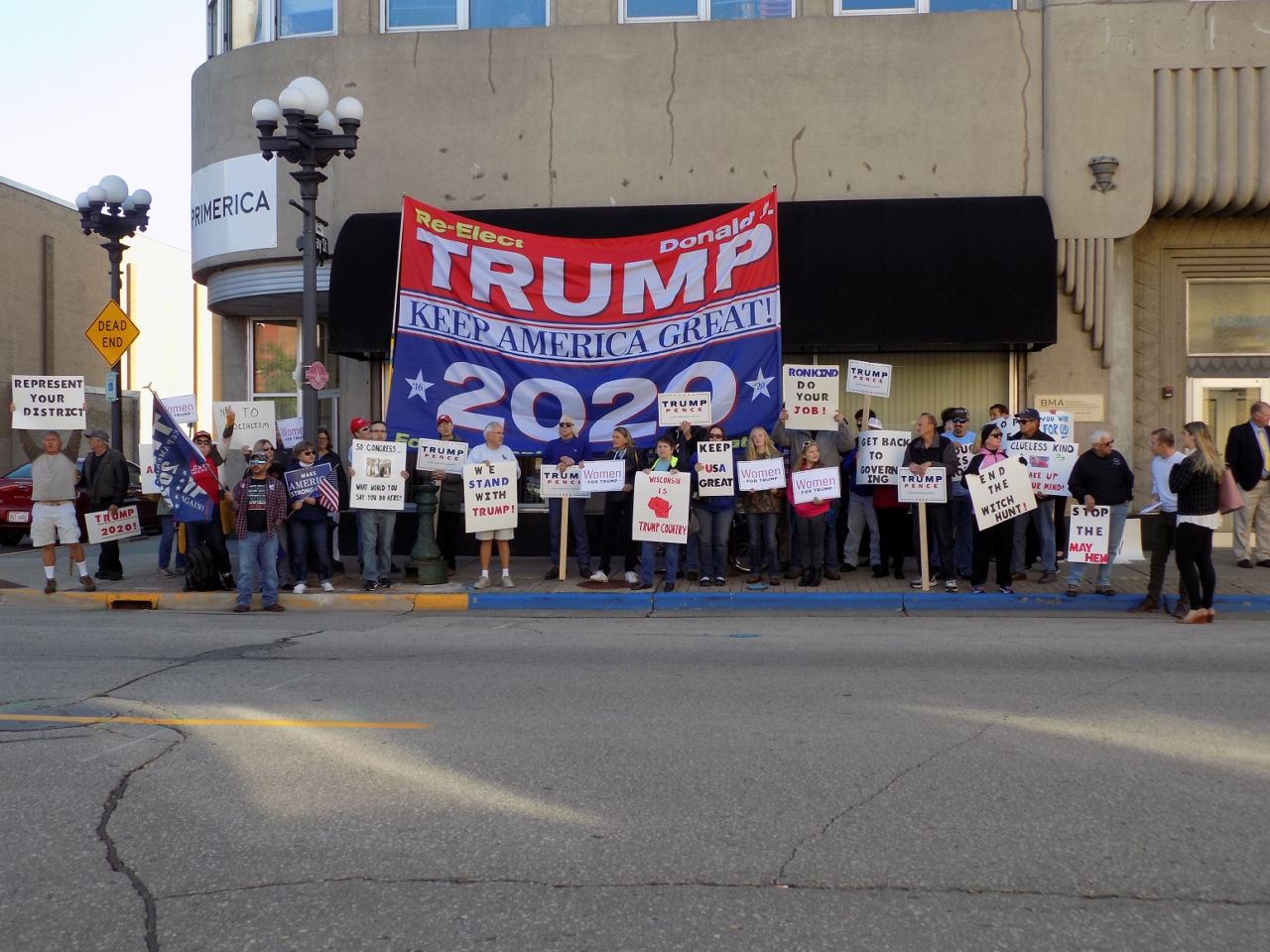 Anger at Democrats for pursuing impeachment against Donald Trump leads to a pro-Trump rally in La Crosse.

Close to two dozen people chanted slogans on Monday outside the downtown headquarters of Democratic Congressman Ron Kind, who was not at the office.

The head of the 3rd District Republicans, Bill Feehan, says the calls to investigate Trump are no more than a power play by Democrats still upset over losing the White House.

Demonstrators at the rally held signs telling members of Congress to do their job, calling Kind ‘clueless,’ and demanding a stop to the ‘witch hunt’ against Trump.

They chanted slogans such as ‘four more years’ and ‘U-S-A.’

Feehan, the chair of the 3rd District Republican Party, said Kind should support the economic and security measures promoted by the Trump White House, such as the USMCA trade deal with Mexico and Canada.

He also warned that as many as three Republicans have shown an interest in running for Congress next year against Kind, who’s in his 12th term in the U.S. House.