Irishfest returns after taking a year off

Irishfest ready to return for three-day celebration in La Crosse

Oktoberfest to celebrate its 60th year, after taking 2020 off

Food giveaway Thursday in Holmen for those in need 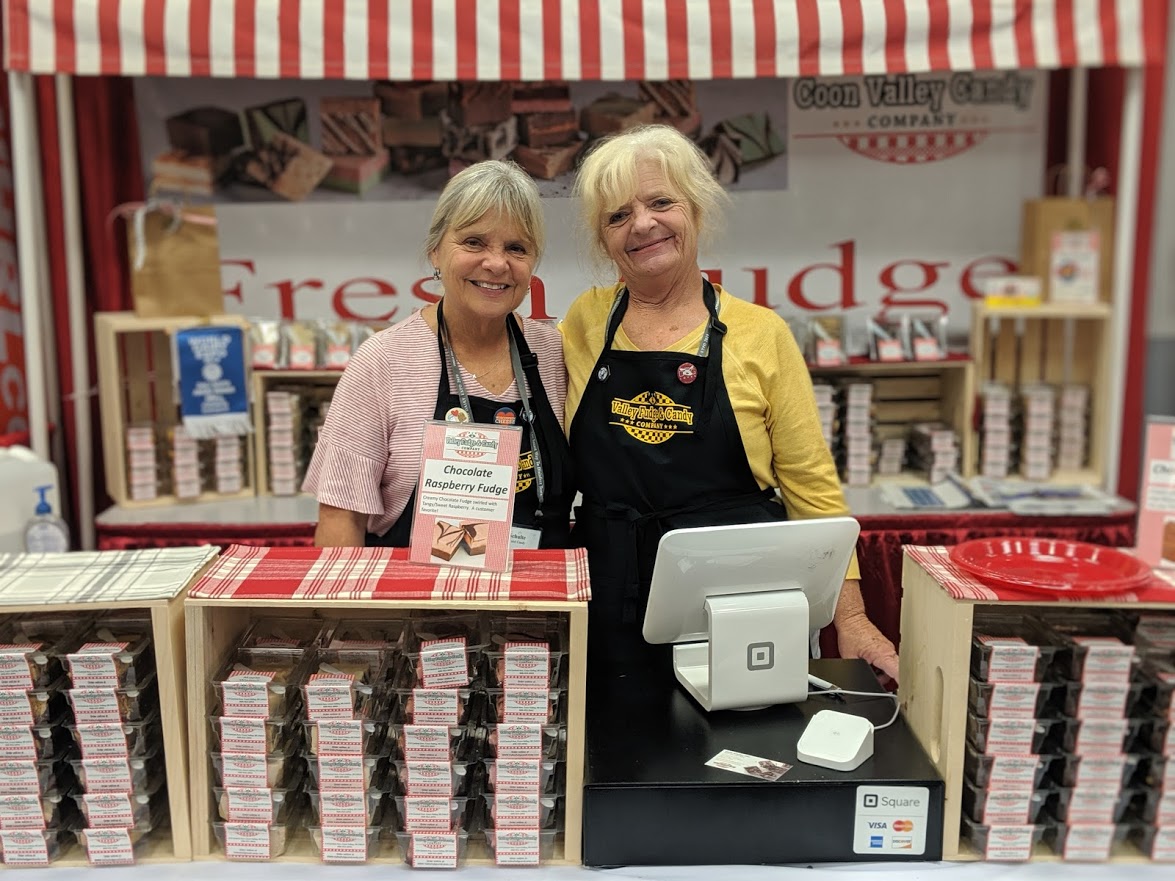 It was a delicious way to make a first impression. Taking their product to World Dairy Expo for the first time, Valley Fudge and Candy had high-profile guests stop at their booth throughout the week including U.S. Agriculture Secretary Sonny Perdue and Wisconsin Gov. Tony Evers.

The red and white display, as well as several free samples of the treats, helped earn a Daily Booth Award from World Dairy Expo in the Small Booth Category.

“We were so surprised and pleased about that,” Linda Schulte, chief fudgeologist said. “We just had a great time meeting customers and other businesses.”

Before making its international mark, Valley Fudge and Candy had a humble start in Coon Valley, Wisc.. Schulte wanted to join her sister and friends in selling crafts at a two-day craft fair in Sept. 2016.

“I’m not crafty,” Schulte said. “So my husband suggested I make fudge.”

They sold out of fudge during the event, and Schulte said she has been making more and more fudge every since.

“We like to do trending flavors like lemon lavender,” Schulte said. “That has been very popular all summer in the La Crosse area. We try to take flavors we see in other treats and ice cream and turn it into fudge such as caramel apple pie and pumpkin pie.

Schulte credits their success to working with other local businesses.

“That’s one of the most important things for us,” Schulte said. “We love to get everything we can locally. We have partnered from the very beginning with Westby Coop Creamery to get their butter. Whenever people say my fudge is the best, I say, it is because of the Westby butter. Wisconsin dairy products all the way for us.”

Valley’s Fudge went to several new homes during World Dairy Expo as nearly 65,000 guests from more than 100 countries were expected to attend the international event.