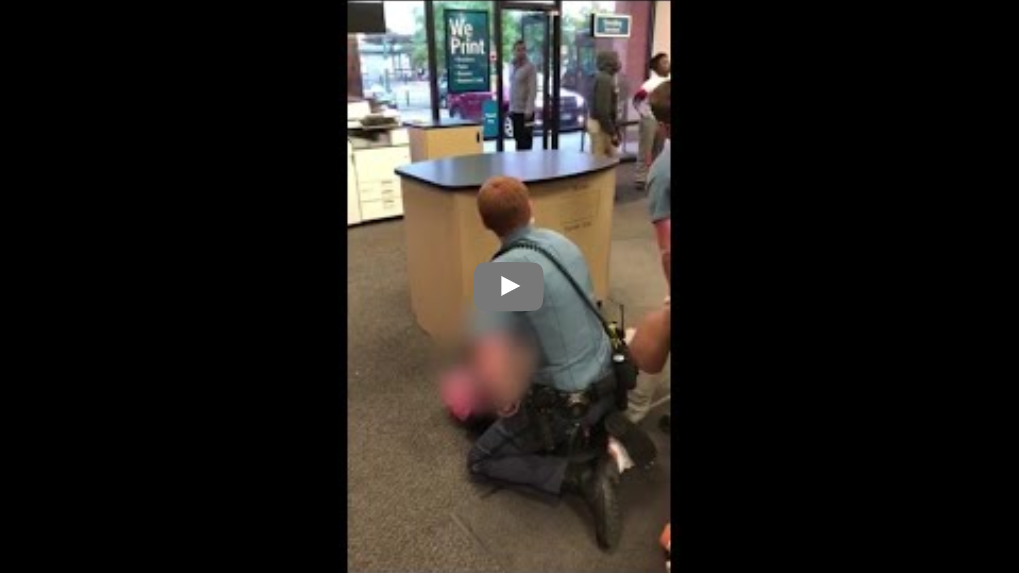 MINNEAPOLIS (AP) — St. Paul Mayor Melvin Carter demanded an internal police investigation into the arrest of a 13-year-old black girl, after video showing her shrieking and struggling as two white, male officers try to handcuff her sparked an angry backlash on social media.

Carter called the video of the Sept. 26 arrest “deeply disturbing” in a statement late Wednesday. The arrest didn’t draw much attention until the footage was posted on Facebook the day after the arrest and then shared by a prominent civil rights attorney this week.

“This is absolutely disgusting treatment of an 11 year old Black girl at the hands of two white male St. Paul police officers,” the attorney, Nekima Levy Armstrong, wrote in sharing the video. “Why was all of this manhandling of a young girl necessary? This child is not property. I am appalled.”

Helen Dillman, the woman who shot and posted the video that Armstrong shared, told the St. Paul Pioneer Press that the girl told her she was 11. But police say the girl, who has an extensive juvenile record, is 13.

Carter told reporters Thursday that the video is “disheartening to watch.”

“We prioritize the trust, we greatly value the trust that our officers have worked hard to earn from St. Paul residents,” Carter said. He added that he has asked for a “thorough and timely and transparent investigation so that we can get to the bottom of what occurred.”

Police didn’t immediately respond to the mayor’s statement. Spokesman Steve Linders said that officers were investigating a report of juveniles trying to break into vehicles when they encountered the girl, and she resisted arrest and refused orders to put her hands behind her back.

“It can be difficult to watch an arrest take place,” Linders said.

One of the officers, Alexander Graham, is the subject of an internal affairs investigation, but it’s not clear if it’s related to the girl’s arrest, the St. Paul Pioneer Press reported. Linders said he is prohibited by state law from discussing that investigation.

Graham initially saw the girl in the parking lot of a gas station from which she had been banned until August 2020 because she had been “a chronic problem” there, according to Linders. Her background included prior arrests for suspicion of assault, disorderly conduct, theft, auto theft and fleeing from police, he said.

As Graham approached the girl, she ran onto a light rail platform and the officer did not follow her because he was afraid she might jump onto the tracks, Linders said. As Graham responded later to the call about juveniles trying vehicle doors, he found the girl in a nearby UPS store.

In a police report, Graham wrote that he told the girl she was under arrest and to lie on her stomach, but she started screaming and tried to kick him, Linders said.

In the video, an officer can be heard telling the girl he’s “done playing” and to not bite him. The girl tells the officer she wasn’t trying to bite him.

Police arrested the girl on suspicion of assaulting an officer, obstructing the legal process, fleeing a police officer and trespassing. She was taken to a juvenile detention center.

The arrest came a week after the arrest of two 6-year-olds in Orlando, Florida, sparked outrage and led to the firing of the reserve police officer who made the arrest. In announcing the officer’s firing, police Chief Orlando Rolon said he reminded other officers of a department policy that prohibits arrests of children under 12 without a manager’s approval. The charges against the children were dismissed.

Andrew Scott, the retired police chief of Boca Raton, Florida, who is now a consultant and expert witness on police practices and procedures, said officers have to take into account the “totality” of a crime during an arrest, whether it’s a juvenile or an adult.

After viewing the video of the 13-year-old’s arrest in Minnesota, Scott said police showed “remarkable restraint.”

“It’s irrelevant if she’s 13 years old or 30 years old. She’s non-compliant with a lawful arrest,” Scott said. “Because she’s 13 doesn’t mean anything in the big picture, as far as I’m concerned.”