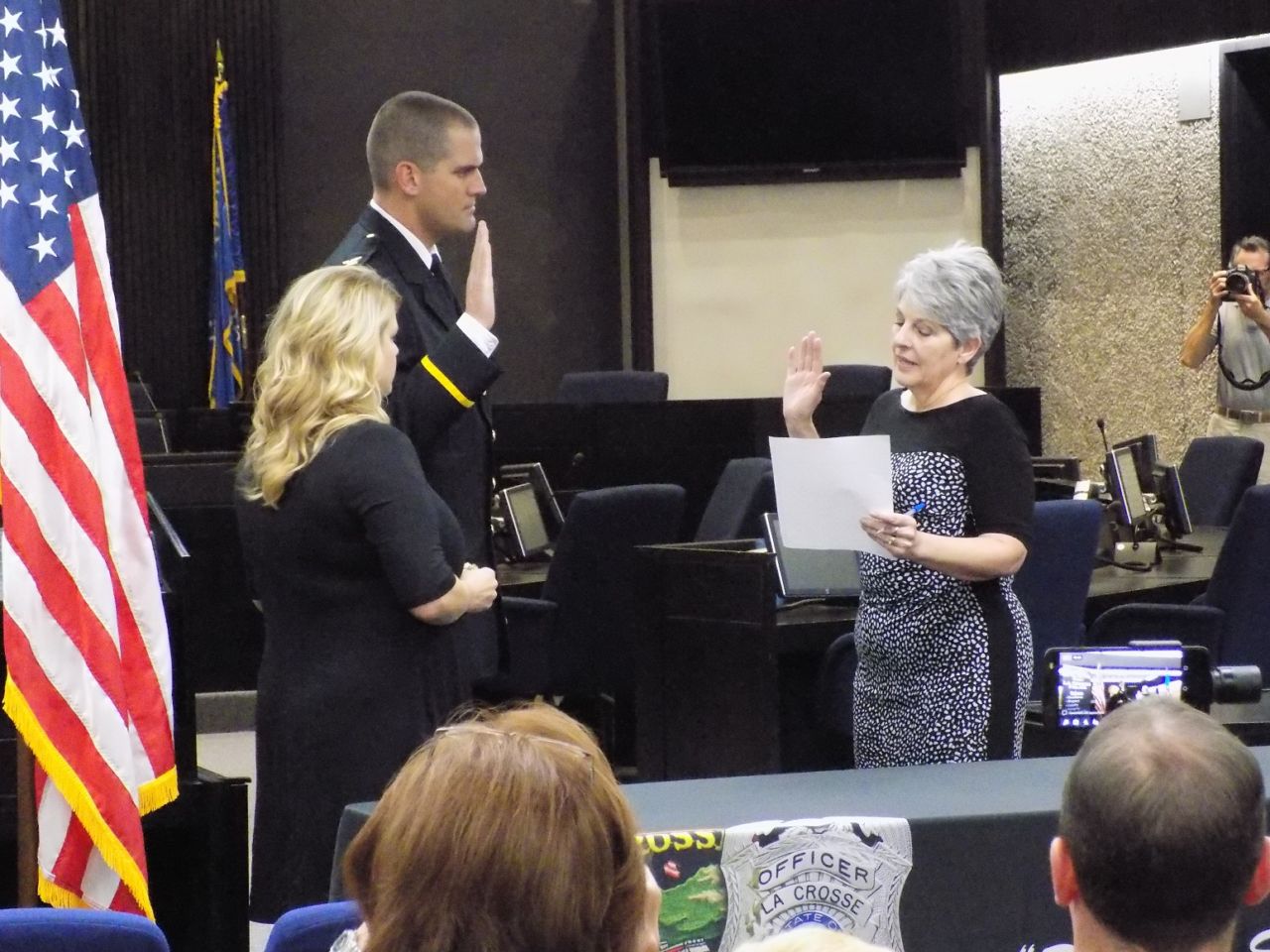 A new chief is in command of the La Crosse Police department.

Shawn Kudron was sworn into office Monday morning by city clerk Teri Lehrke, less than an hour after the police and fire commission officially appointed him as chief.

Kudron told the audience at the City Hall ceremony that he wants to make La Crosse as ‘safe and vibrant’ as possible.

“We’re gonna do what we’ve been doing,” said Kudron.

The city council chamber was decorated, and a cake was ready, when Kudron appeared before the Police and Fire Commission today.

It took one minute for the commission to approve Kudron as the new police chief.

Kudron has worked for the La Crosse police since 2000.

He was sworn in almost exactly seven years to the day after previous chief Ron Tischer took office.