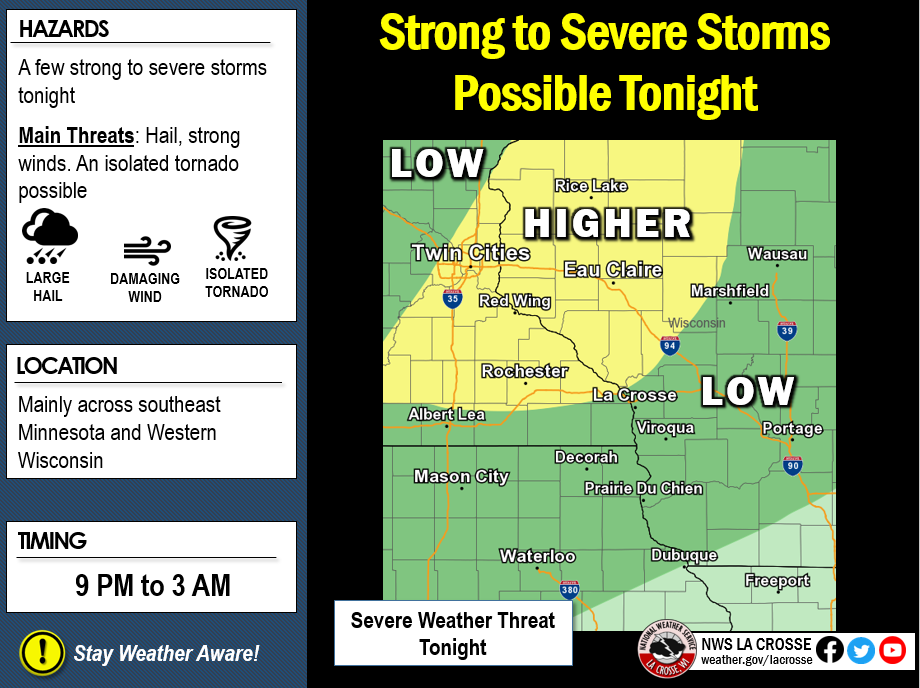 First, tonight, the National Weather Service of La Crosse says scattered thunderstorms could produce damaging winds, large hail and an isolated tornado. La Crosse is right on the edge of the map for high-to-low probability. The warning is between 9 p.m. – 3 a.m.

Along with immediate weather, the NWS had a busy Monday.

Also, the Mississippi River at La Crosse average 7 a.m. September stage was 7.57 feet ⁠— the fifth-highest average for the month.

Every month this year has been among the 10 highest, monthly average river stage, including monthly records for April and May.

Lastly, dew point talk. The NWS posted, “If you thought that it felt unusually sticky this afternoon, you would be right. Since 1948, there have only been 9 days at La Crosse in which the dew point has reached 70F or higher on or after September 30. This has only happened at Rochester on 5 days. In both locations, dew point records go back to 1948.”