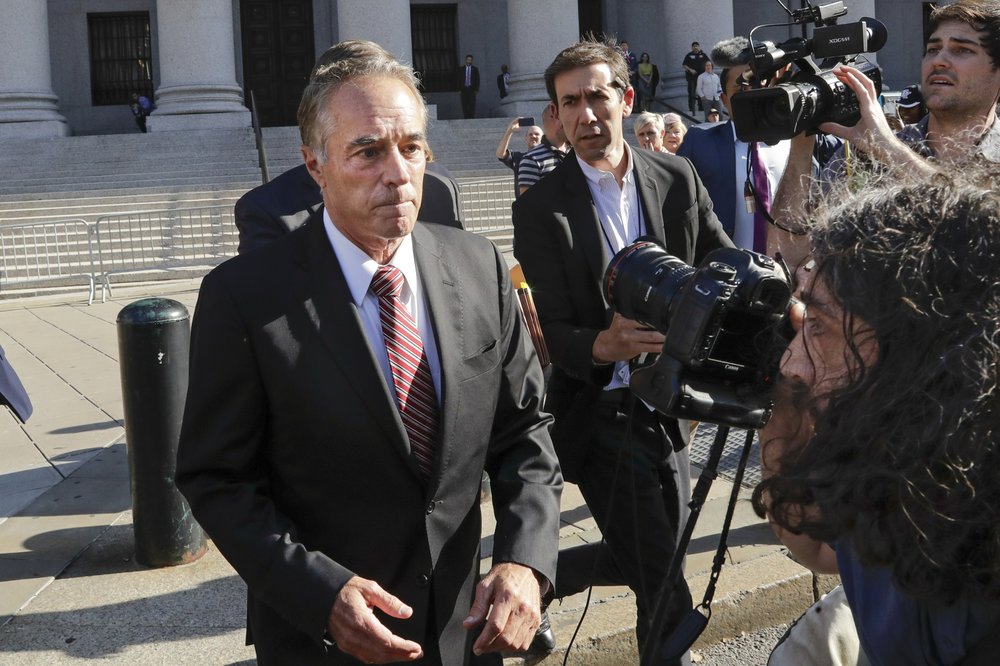 NEW YORK (AP) — Former Rep. Chris Collins pleaded guilty Tuesday in an insider trading case, a day after he resigned from Congress and set off a scramble to fill his seat in his Republican-leaning district.

Collins had initially denied charges he leaked confidential information about a pharmaceutical company and was set to go to trial next year in federal court in Manhattan. But on Monday, the Republican from western New York and staunch supporter of President Donald Trump withdrew his not guilty plea and resigned from Congress.

During his guilty plea to securities fraud conspiracy and making false statements to the FBI, Collins told the judge that he was “embarrassed and dismayed” that he betrayed the trust of his constituents. He called it “something I’ll have to live with for the rest of my life.”

With Collins’ departure, it will be up to Democratic Gov. Andrew Cuomo to set a special election to replace him. The governor said in radio interview Tuesday that the timing remains uncertain for an election that’s expected to now draw even more candidates to an already crowded field.

“The question is, when can I do it?” Cuomo said. “But sooner rather than later is my inclination.”

The case against the 69-year-old Collins stemmed from his business dealings with Innate Immunotherapeutics Ltd., a biotechnology company headquartered in Australia. He was the company’s largest shareholder and sat on its board.

Collins was attending the Congressional Picnic at the White House in 2017 when he received an email from the company’s chief executive saying that a drug developed to treat multiple sclerosis had proven to be a clinical failure.

“I was devastated by the news,” Collins said in court Tuesday. While in a “very emotional state,” he made a phone call to his investor son so the son could unload his stock in the company before it made the bad news public, he added.

As a result, Cameron Collins and his fiancée’s father began selling their shares the next day, allowing them to avoid a combined $800,000 in loses when the announcement caused the stock price to plunge 92%. Both men are expected to plead guilty Thursday.

The former congressman admitted “illegally tipping his son while standing on the White House lawn,” U.S. Attorney Geoffrey Berman said outside court after the plea. “By virtue of his position, Collins helped write the laws of this country and acted as if the law didn’t apply to him.”

Collins faces a maximum sentence of about four years in prison at sentencing Jan. 17.

Before Collins’ resignation, three Republicans had launched campaigns since the spring while others had said they were waiting to see whether Collins would seek another term. The declared Republicans are attorney and former judge Beth Parlato, state Sen. Christopher Jacobs, a former New York secretary of state and Erie County clerk, and state Sen. Robert Ortt, a veteran and former North Tonawanda mayor.

Meanwhile, an effort to recruit Medal of Honor recipient David Bellavia to run has been underway for months, led by Republican strategist Michael Caputo, who advised Trump’s campaign. The Iraq war hero ran for Congress in 2012 and lost to Collins in the Republican primary. Bellavia has not said whether he will enter the race.

For the Democrats, Nate McMurray, whom Collins narrowly defeated in 2018, already had committed to a rematch.