No. 8 Wisconsin looks to stay unbeaten against Northwestern 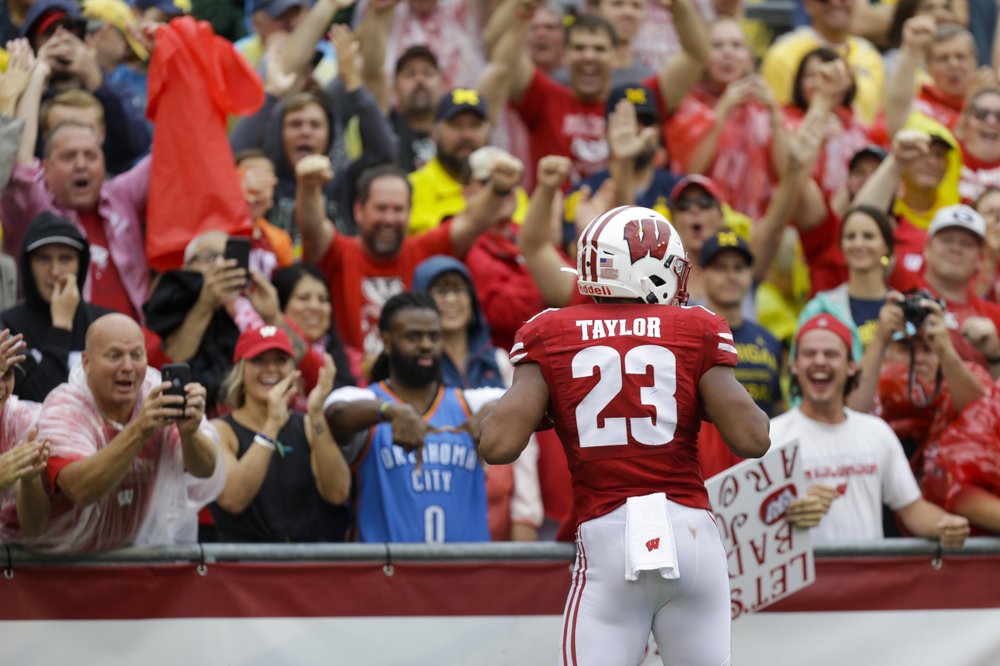 Fresh off a statement win against Michigan and jumping three spots in the AP Top 25 poll, No. 8 Wisconsin looks to stay unbeaten against Northwestern that is reeling after a 21-point loss to Michigan State at home.

Northwestern junior LB Paddy Fisher vs. Wisconsin junior RB Jonathan Taylor. Fisher is the anchor of a Wildcats’ defense that will look to slow down Taylor, who has rushed for 4,611 yards in 30 career games with the Badgers. Taylor ran for 203 yards and two touchdowns last week against the Wolverines. It was Taylor’s ninth career game with at least 200 yards rushing.

Northwestern: RB Drake Anderson was one of the few bright spots for the Wildcats in their 21-point loss to Michigan State. The freshman averaged 5.4 yards per carry and scored a touchdown. QB Hunter Johnson is off to a rocky start, going 33 of 68 for 308 yards with four interceptions and one touchdown.

Wisconsin: OLB Zach Baun has been the leader of Wisconsin’s top-ranked defense. The senior captain has a sack in each of the Badgers’ first three games. Baun had a team-high seven tackles, including two for loss, and a forced fumble last week.

The Wildcats and Badgers have split their last 28 meetings, with Northwestern defeating visiting Wisconsin 31-17 last season. … Wisconsin has won four straight against Northwestern when ranked in the AP top 10. … The Badgers have claimed four of the last seven against the Wildcats dating to 2010. … Wisconsin has won five of the last six meetings between the teams at Camp Randall Stadium. … Northwestern DE Joe Gaziano (23½ sacks) is tied for second with DE Ifeadi Odenig on the school’s all-time list behind Casey Dailey (28). … The Badgers have outscored their opponents 145-14 this season. … Taylor leads the nation with 10 touchdowns (seven rushing and three receiving).