Gov. Evers kicks off Oktoberfest in La Crosse, then talks beer and sports on WIZM 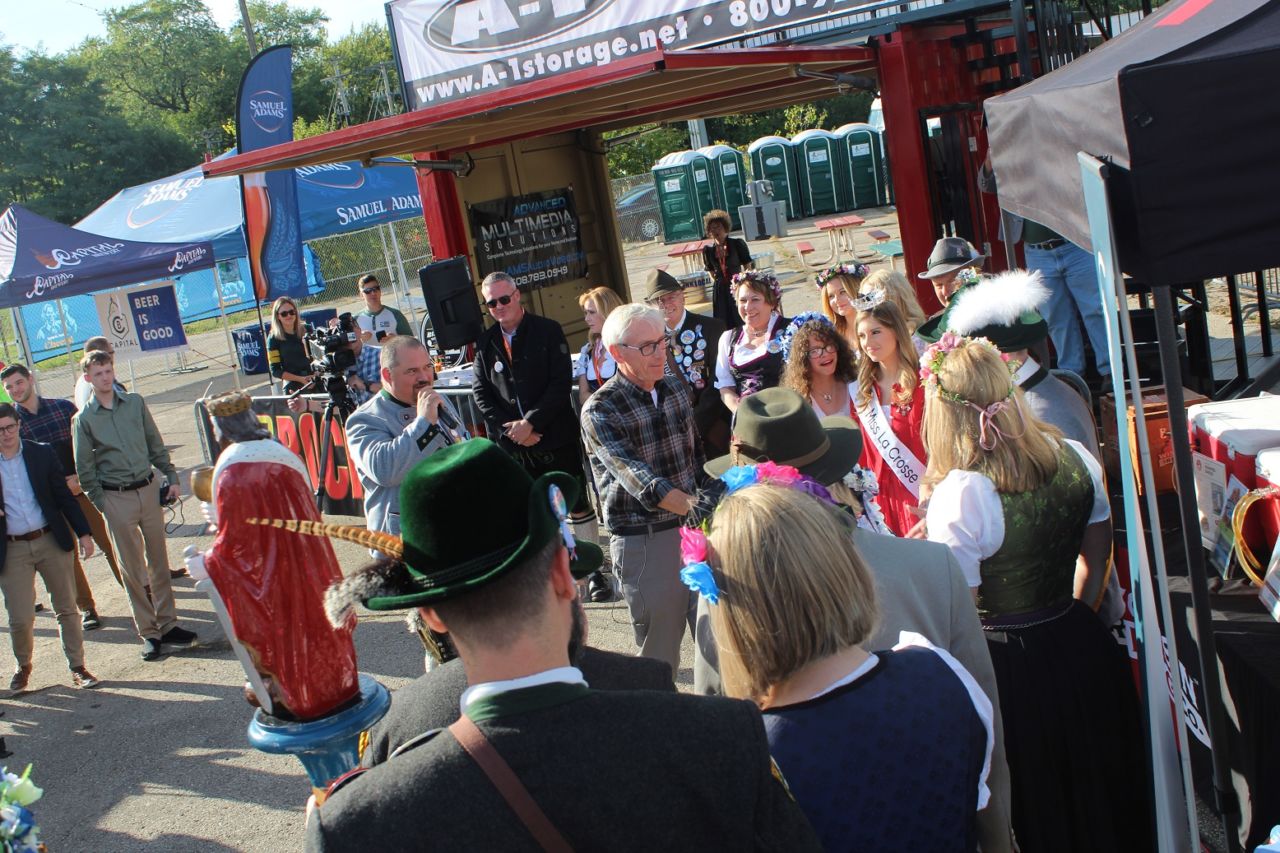 He made a quick stop to La Crosse’s Oktoberfest, then he called into a news talk station to talk … sports?

Afterward, Evers got on the phone with me on WIZM. We talked about beer and sports, of course.

I had a theory as to why Evers’ trip in and out of La Crosse was so quick.

‘You weren’t there very long,” I said. “I know you’re a busy man. Is the point of getting in and out so quickly, so you can get back to watch the Packers game on a big screen TV instead of a State Trooper car laptop?”

Evers laughed, and said, “No! Actually, I had another event just outside of Madison.”

Of course, this conversation happened before the Green Bay Packers heartbreaking loss to the Philadelphia Eagles.

But, with both the Milwaukee Brewers and Packers success right now, I asked the governor which team he was more excited about.

Evers, of course, walked the line, but it was obvious who his favorite team is.

“Oh my gosh, don’t put that on me,” he said. “But, I will say, I can’t tell you how excited I am about the Brewers. Let’s just put it that way. I’ve been a baseball fan my entire life. The Brewers are on an unbelievable role here. They’re setting records for the month of September. So, we’re counting on them to finish it out in a good way and maybe take the division.”

It must not be all fun and games to be the Wisconsin governor — no ability to watch Packers games on TV, and fighting with Republicans on, seemingly, every little thing (can we just legalize sports gambling already? Can we at least talk about it?).

And, you heard/read how passionate Evers was about the Brewers. He also told me, if they get a playoff game at Miller Park, he won’t be able to attend that, either.

What’s the point of having all the power, if you can’t even get to a baseball game?

As part of Evers’ trip to La Crosse, he read a proclamation, declaring Sept. 26 Wisconsin Craft Brewery day. He talked how enormous the craft brewery industry has gotten.

“It’s a $2-billion industry now,” Evers said. “Who would have guessed?”

But, thinking about it for a second, ‘Beer … Wisconsin, I said to Evers, “No Wisconsinites are surprised by that.”

As for Evers’ choice in brew, he didn’t sound like he was much of a beer drinker. I could be wrong. But he answered the question, anyway, when asked if he was a dark beer or a lite beer guy.

“When I do drink beer, it’s primarily light,” he said. “I like to have some kind of light beer. There’s no ‘go-to.” It’s just any type of light beer.”