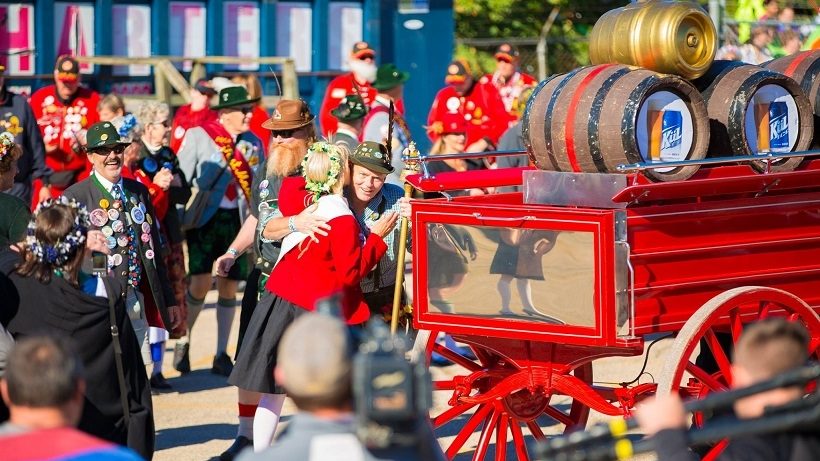 Whether guests come to enjoy the entertainment, beer, or brats, the 59th La Crosse Oktoberfest is expected to give a big boost to the local economy.

Bobbi Schoh, co-president, said the festival brings more than $15 million in local economic impact, according to the latest study done through the UW-System.

“That’s a huge boost,” Schoh said. “I think that it tells us we are doing something right here with the event that we are throwing. It is inspiring to know that in just a few days, we can see our work culminate into something that spreads across all of our businesses.”

Thousands of people will pack the streets with 100,000 expected to attend the Maple Leaf Parade Alone.

Organizers said they are right on schedule to kick off the festival Thursday morning. Although they have recently been in crunch mode, planning for the event happens all year.

Bobbi Schoh, co-president, said they have been in crunch mode this week, but planning for the annual event happens all-year. Schoh said the Oktoberfest Board plans year-round with regular monthly meetings and bi-weekly meetings starting in July. Summer months are spent cleaning up the grounds, painting, and refreshing buildings.

“Then in mid-September is when our larger volunteer groups come in to start organizing tents and getting décor put up to make sure lighting and things like that are set to go,” Schoh said.

The fest officially begins Thursday morning with a Senior Breakfast with WIZM.