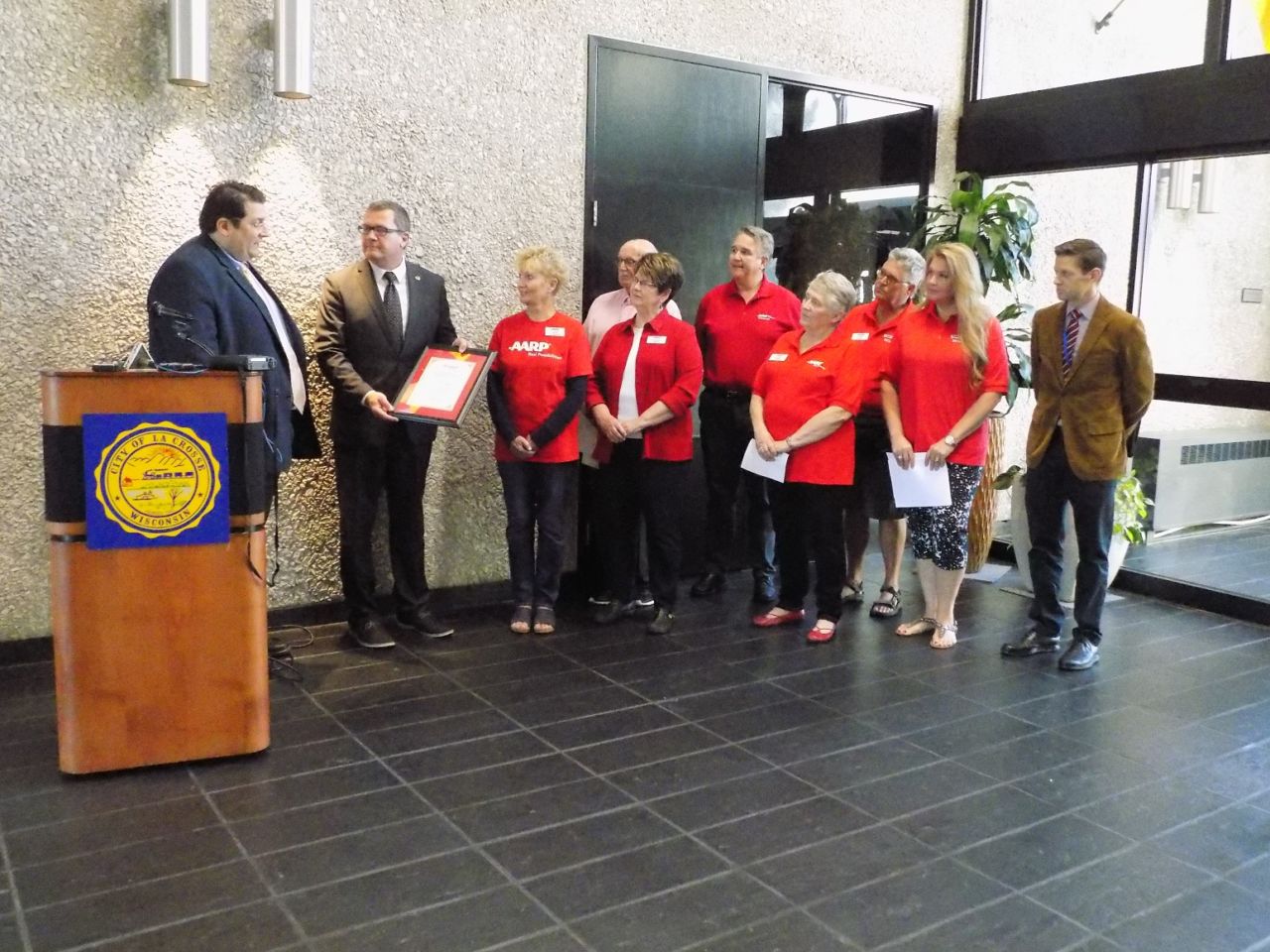 La Crosse has now earned an honor that only four other communities in Wisconsin share.

The city has been named an ‘age-friendly’ community, and is launching a study to develop more activities involving people in the 50-and-older range.

That would include Mayor Tim Kabat, who says it’s a ‘special day’ when you’re old enough to get a mailing from AARP.

Representatives of AARP joined Kabat at City Hall on Monday, to announce the program.

A study committee will have its first meeting next week.

It includes a 3-year action plan to get older people more involved in the community.