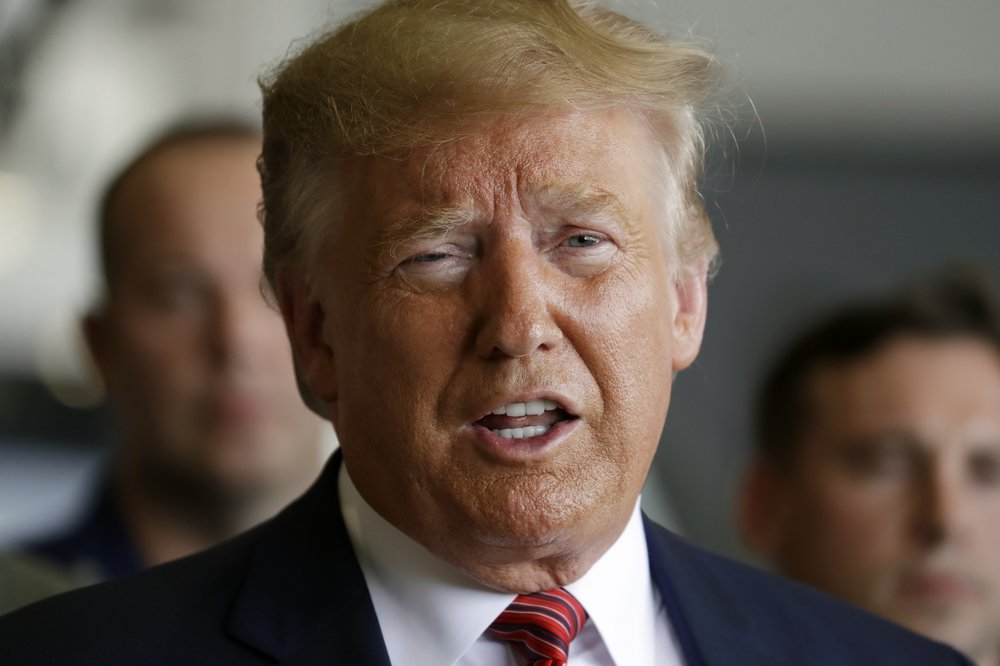 They say in papers filed late Tuesday in Manhattan federal court that Trump has raised “weighty constitutional issues” in trying to stop the subpoena and they want to review them and decide whether to join the fight.

“To the extent that enforcement of the subpoena may adversely affect federal interests of constitutional dimension, those effects could not be redressed after the fact,” the prosecutors said in asking for a “short stay of the subpoena’s enforcement.”

Prosecutors say they could inform the judge by next Tuesday whether they intend to join Trump’s quest to block his longtime accountant from complying with the subpoena, which stems from a criminal probe.

Marrero will listen to lawyers as they try to persuade him during a hearing Wednesday morning. A ruling may be immediate or come within hours since Trump’s attorneys are seeking emergency relief in the form of a temporary order preventing a turnover of the tax returns while the legal issues are studied in more depth.

However Marrero rules, his decision is almost certain to be appealed.

The president’s lawyers say Vance is “charging down this blatantly unconstitutional path” by demanding the records from his accountant. They say Vance is subjecting Trump to a criminal probe even though he cannot be criminally charged while president.

They say Trump was cooperating with Vance’s probe until the district attorney “took an outrageous step” after a disagreement ensued over the scope of the subpoena.

“Had the District Attorney not acted in such an irresponsible and abusive fashion, the President likely would have cooperated here too,” the attorneys wrote in papers submitted to Marrero Tuesday.

Vance argued in court papers that Trump’s effort to get federal courts to intervene was misplaced since “important separation of powers and federalism concerns prohibit federal litigation of a state court subpoena.”

Vance and his lawyers said Trump was presenting the “remarkable proposition that a sitting President enjoys not only a blanket immunity from criminal prosecution, but that this blanket immunity also protects a president from having to respond to any routine, lawful grand jury request for information about his conduct or that of his businesses or employees before he took office.”

“The White House has a blanket ‘no’ on everything,” he said. “At some point, they’re not going to be able to stop all of them. I think they’re just trying to run out the clock, get him re-elected.”