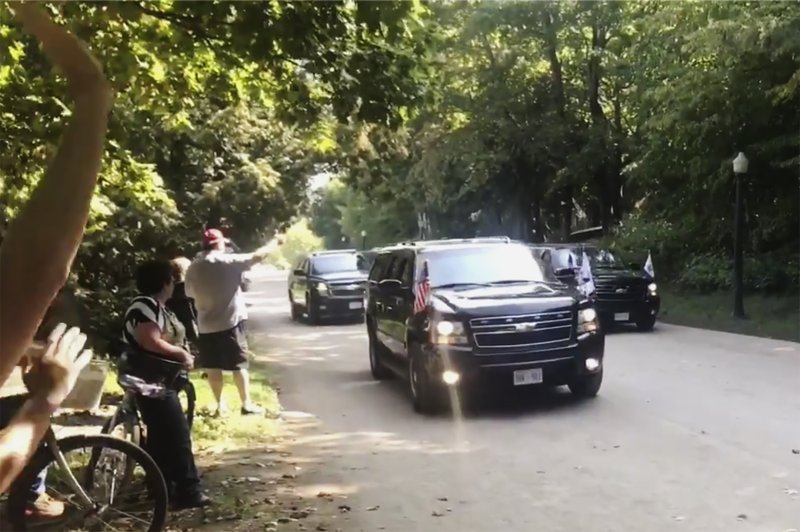 In this Saturday, Sept. 21, 2019, image made from video, Vice President Mike Pence leaves the Grand Hotel in an eight-vehicle motorcade on Mackinac Island, Mich. Pence scored a first when he took the motorcade to a speech on Michigan's picturesque Mackinac Island, drawing some criticism on social media. (Paul Egan/Detroit Free Press via AP)

MACKINAC ISLAND, Mich. (AP) — Vice President Mike Pence scored a first when he took a motorcade to a speech on Michigan’s picturesque Mackinac Island, drawing some criticism on social media.

Pence took an eight-vehicle motorcade to the island’s Grand Hotel for a speech to the Republican Leadership Conference Saturday. He flew to Michigan, took a helicopter to the small island airport and transferred to vehicles brought by boat the night before.

The Detroit Free Press says it was the first ever motorcade on the island, which has prohibited vehicles since 1898 except for snowmobiles, emergency and service vehicles.

Julia Pulver, a Democratic state Senate candidate in 2018, criticized the motorcade on Twitter, calling it a “huge transgression.”

When President Gerald Ford visited the island in 1975, he travelled by horse-drawn carriage. But supporters of Pence noted security is much tighter now.