Time runs out on UW-L comeback 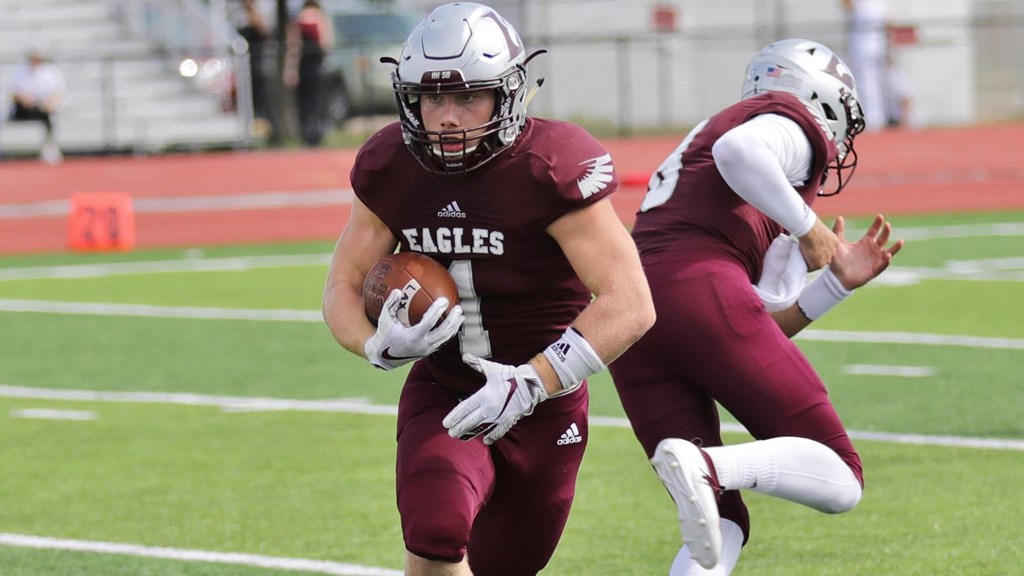 DICKINSON, N.D. — No overtime win this week for the University of Wisconsin-La Crosse football team.

The 16th-ranked Eagles, who won their first two games of the season in OT, fell to Dickinson State — ranked 16th in the NAIA — 23-17 on Saturday.

Things looked over a couple times late — very late — for the Eagles, but they never quite went away until the final gun sounded in the most dismal of ways.

A field goal, a recovered onside kick and a hook and ladder all came in the final 37 seconds for UW-L (2-1).

Next, the Eagles recovered their onside kick, before completing a hook and ladder down to Blue Hawks 34 yard line.

Two plays later, however, an intentional grounding call forced a clock runoff to end the game.

UW-L got out to a 14-7 first-quarter lead, after a pair of touchdown runs by Joey Stutzman, who finished with 82 yards on 15 carries.

After that, Dickinson scored three consecutive times, including twice in the fourth quarter.

The first of those final two scores came with 12:17 remaining, giving the Blue Hakws back the lead, 17-14.

The Eagles took over, got a first down on a pass interference, before having to punt.

Dickinson then put the game away with a 13-play, 80-yard touchdown drive, running the clock down to 3:30. The Eagles took over, drove 55 yards in 10 plays but backup quarterback Jack Dwyer was intercepted in the red zone.

UW-L did force Dickinson to punt, before the field goal, onside kick, hook and ladder, penalty-clock run out ensued.

Offensively, the teams were fairly even. UW-L had 329 total yards, including 222 in the air. Dickinson had 286, including 184 passing.