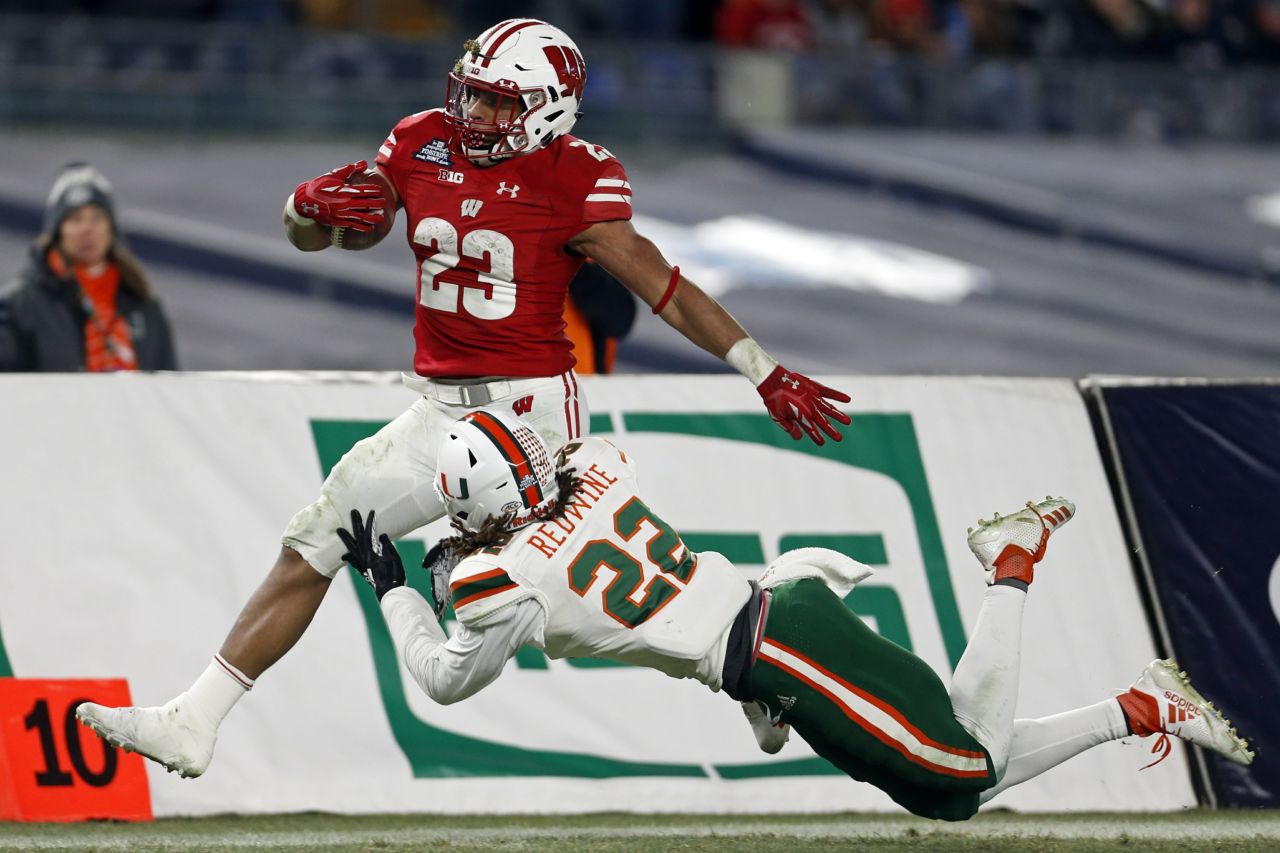 The first stop on the revenge tour is No. 11 Michigan.

The 13th-ranked Badgers (2-0) open Big Ten play against the Wolverines (2-0) on Saturday at Camp Randall Stadium. It will be the first time the two teams square off since Michigan thumped Wisconsin 38-13 last October in Ann Arbor, Michigan.

“We’re going to come out with the same intensity that we have for everybody,” Wisconsin linebacker Chris Orr said. “We want to dominate any and everybody that we step on the field with. Don’t need to make it any bigger than it is. It’s just football. People get so caught up in the name vs. another name, but at the end of the day, it’s just football.”

After going 8-5 a season ago, its worst mark under fifth-year coach Paul Chryst, Orr, Baun and the Badgers’ defense have been absolutely dominant through its first two games. Wisconsin has allowed just 107.5 total yards per game, which leads the nation.

The Badgers have outscored its first two opponents — South Florida and Central Michigan — by a combined 110-0. Wisconsin is the first FBS team to score at least 100 points and not surrender a single point through its first two games since South Carolina in 1980.

While Wisconsin has skated through its first two tests, Michigan has not. The Wolverines were a trendy pick to win the Big Ten, but opened with a sometimes-lackluster 40-21 win over Middle Tennessee and needed double overtime to put away Army, 24-21.

Michigan quarterback Shea Patterson, who says he has recovered from an oblique injury from the season-opener, had nine carries for 90 yards and a touchdown in the win over the Badgers last season. The Mississippi transfer had two fumbles in each of the first two games this season as Michigan implements a new offense.

He knows he’s going to have to play much better in order to lead Michigan to its first win at Wisconsin since 2001.

“As long as we win, I’m happy,” Patterson said. “I don’t really care. Obviously, nobody’s expectations are higher than mine and the way I play. That’s the same way each and every single guy in that locker room is. But it’s week by week. We’re looking to get out there against Wisconsin.”

Wisconsin’s Jonathan Taylor leads the nation with eight total touchdowns and is averaging 151 yards from scrimmage. He’s the first FBS player since at least 2000 to start a season by scoring four-plus touchdowns in consecutive games. Taylor had 101 yards on 17 carries against the Wolverines last season. Michigan coach Jim Harbaugh said the 2018 Doak Walker Award winner is an elusive, powerful running back.

“It’s not a realistic thing to think you can stop him,” Harbaugh said. “But you hope to contain him and get stops and get the ball back to the offense.”

THE OTHER RUNNING BACK

Michigan freshman Zach Charbonnet is averaging 4.6 yards per carry and 95 yards per game. His three rushing touchdowns on Sept. 7 against Army were the most by a Michigan player since 2013.

“Yeah, I’ve definitely felt in a rhythm,” Coan said. “It’s good to just come out and get some completions right away. I feel that helps me a little bit.”

Michigan is expected to have standout offensive tackle Jon Runyan cleared to play medically for the first time, while the Wolverines may still be without receiver Donovan Peoples-Jones for the third straight week due to an undisclosed injury.

Chryst and Harbaugh crossed paths for two seasons in San Diego. Harbaugh spent the 1999 and 2000 seasons as a quarterback for the Chargers, Chryst served as the team’s tight ends coach.