K-9 Zaback has to retire from La Crosse P.D., after injury 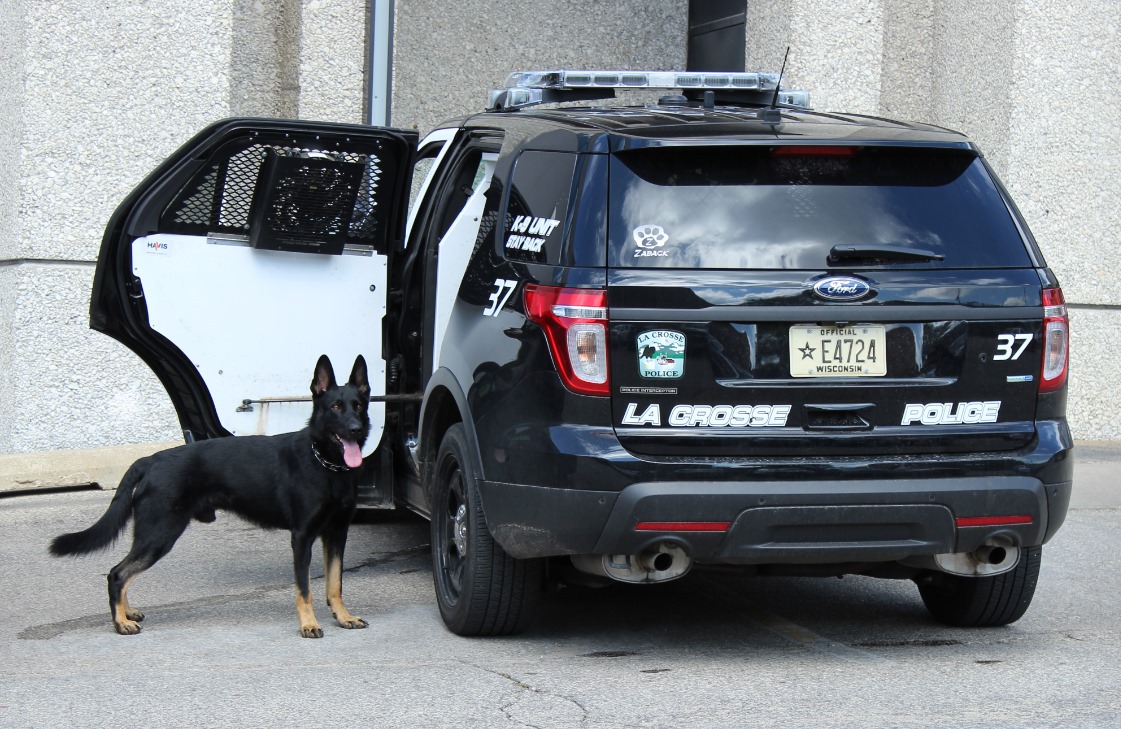 The La Crosse Police Department shared some sad news about one of its officers.

K-9 Zaback will have to prematurely retire, after a six-year career, police said Monday.

During a public demonstration in July, Zaback injured his back, resulting in difficulties using his hind legs.

After an MRI, it was determined the German Shepard would require surgery, which was done at the UW-Madison School of Veterinary Medicine.

Based on the post-op prognosis and limitations on the K-9 from veterinarians, Zaback will be unable to return to police duties.

Zaback is now at home, with handler, Officer Trenton Bowe, recovering. Bowe has agreed to keep the pup. All La Crosse Police are offered to adopt their K9s upon retirement.

La Crosse Police have asked for donations to help cover Zaback’s surgery. The K-9 unit is funded in part through public donations. To contribute, head to Zaback’s GoFundMe here.

Once Zaback is recovered, police hope to give him a proper retirement ceremony, which will likely include the pup devouring many treats or, like K-9 Brutus a few years ago, an entire cake.

Zaback joined the force in 2013, adding a third drug detection K9 to the unit, giving police one for all three shifts. Zaback and Bowe did many demonstrations, informing and entertaining young and old in the La Crosse community.

Also, back in 2014, Zaback placed third overall in the U.S. Police Canine annual certification. In 2019 the pup finished with a perfect score in drug detection.