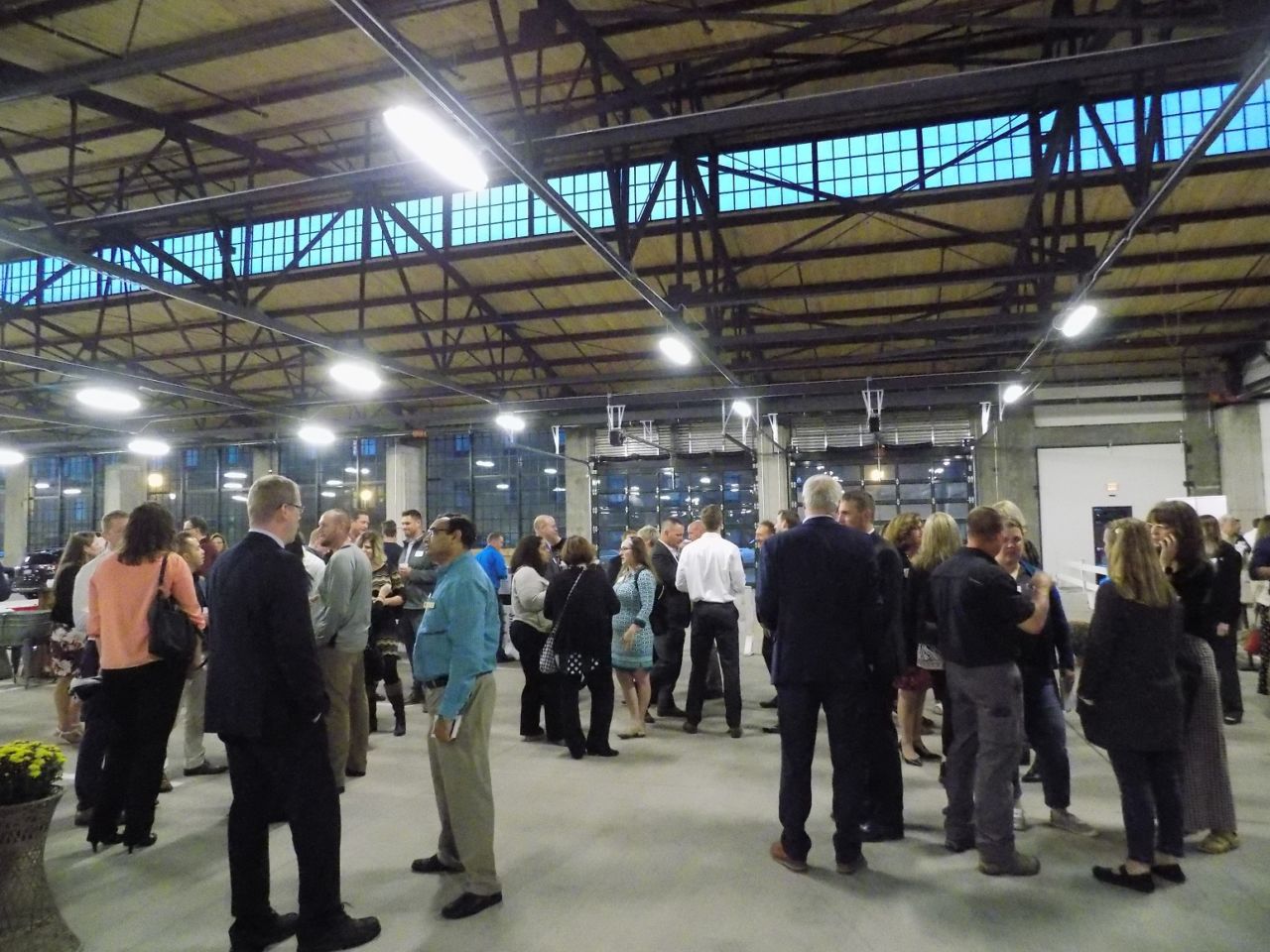 ‘Landmark by the Rivers’ is located on 2nd Street, in a building that used to house the La Crosse Plow Company and Allis-Chalmers.

The Cleary family announced three years ago that it had plans to convert the building into rental units and commercial space.

“This was not the prettiest part of town, and it was time, and I think this is the up-and-coming area,” said
oo-owner Sandy Cleary.

About 30 per cent of the 64 apartments at Landmark are occupied so far, and businesses will occupy much of the first floor.

Landmark joins the Gund Brewery, Bakalars Meats, and the 1965 courthouse and jail as some of the old buildings in La Crosse that have been converted to apartments in recent years.

Mayor Tim Kabat joined in the ribbon-cutting, and commented on the “next hundred years plus” that the building will provide housing.

The residential area of the building contains old photos and pieces of equipment on display, to highlight past uses of the former factory.