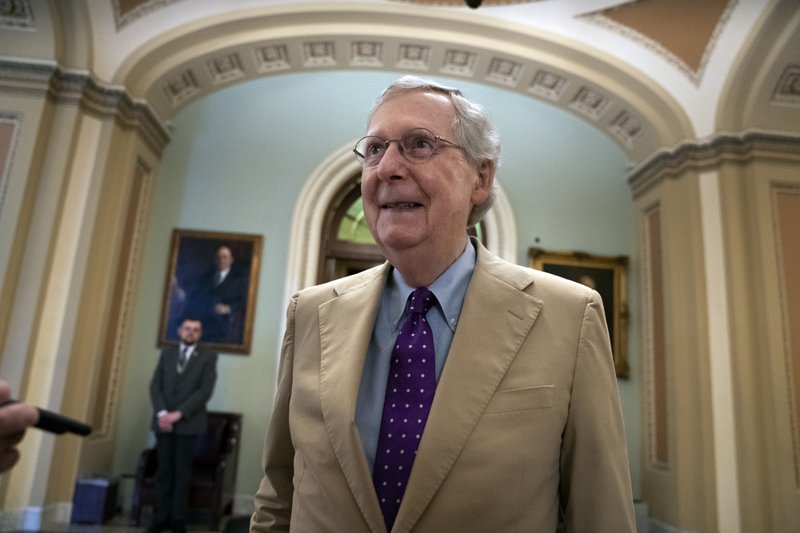 A government shutdown remains unlikely, but agencies face weeks or months on autopilot while frozen at this year’s levels if the logjam isn’t broken.

At issue are 12 annual budget bills to fund the day-to-day operations of the government. The bills are needed to fill in the details of this summer’s budget and debt deal, which reversed cuts scheduled to slash the Pentagon and domestic programs and increased the government’s borrowing cap so it won’t default on its payments and Treasury notes.

Sweeping votes on July’s budget blueprint were a kumbaya moment in Trump’s polarized capital. But the Senate Appropriations Committee, tasked with filling in the details, has been beset by infighting in advance of a bill drafting session on Thursday.

Sen. Dick Durbin, D-Ill., is poised with an amendment to an almost $700 billion Pentagon funding bill to block Trump’s unprecedented fiscal maneuvers, and he has several potential GOP allies on the committee.

Durbin’s threat doesn’t seem to have Republicans on edge, but Republicans say that Democrats such as Sen. Patty Murray, D-Wash., a savvy panel insider, are breaking summertime promises to avoid adding “poison pills” to the measures that could bog them down or attract Trump veto promises.

In particular, Murray is pressing to overturn a Trump executive order that takes away federal family planning funds from organizations like Planned Parenthood that counsel women about their abortion options.

Murray’s amendment would likely pass the Appropriations panel, where two pro-abortion rights GOP women would likely side with her. Facing that prospect, Shelby dropped the health funding measure from the agenda, along with a foreign aid bill that also faced an abortion controversy.

The panel has a long history of smoothing over its differences on abortion in the interest of getting its legislation passed, however, and both sides want to press on and work out the challenges. House members like Appropriations Committee Chairwoman Nita Lowey, D-N.Y., are eager to start House-Senate conference committee talks aimed at legislation both chambers can pass, as is McConnell.

“We’re hopefully going to get past this little rough patch and get back to the agreement we all signed onto,” McConnell said Wednesday.

“We’ll get it done because there’s a desire to get it done,” Leahy said. “We know how to do it.”