Trump promises report on his finances before election 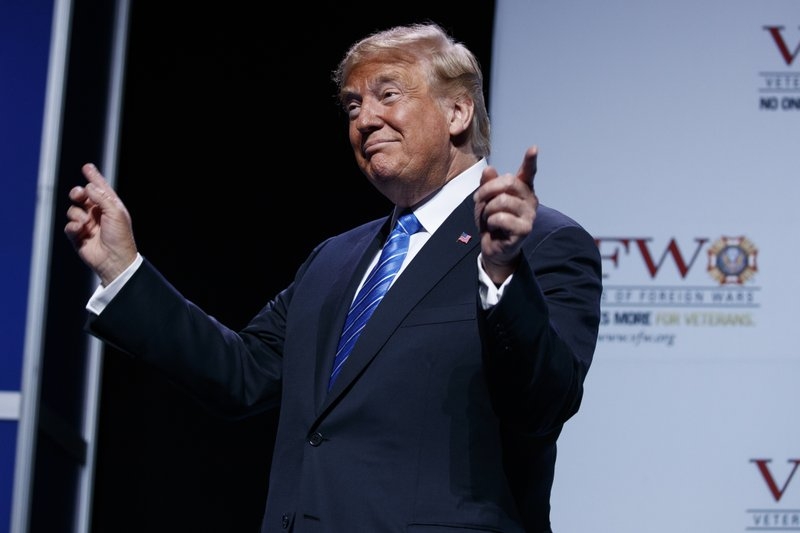 NEW YORK (AP) — President Donald Trump on Monday promised to release a detailed financial report of his personal holdings to the public before the presidential election next year, though he was vague on just what he would disclose that is new.

“At some point prior to the election, I’m going to be giving out a financial report of me, and it’ll be extremely complete,” he told reporters at the White House before leaving for a campaign rally in North Carolina.

It wasn’t clear from Trump’s comments how this new report might differ from financial disclosures that Trump files with the government ethics office early each year. The White House did not immediately respond to a request for details.

Trump’s promise of more disclosure came amid scrutiny of Vice President Mike Pence’s stay last week at a Trump resort in Doonbeg, Ireland, and questions about why an Air Force crew stayed at one of his properties in Scotland.

Democrats are investigating taxpayer-funded government spending at Trump properties as part of its broader probe into his finances.

“I’m going to give out my financial condition and you’ll be extremely shocked that the numbers are many, many times what you think,” Trump said. “I don’t need to have somebody take a room overnight at a hotel.”

Trump files a lengthy report detailing his holdings with the Office of Government Ethics each year, but figures on the value of his assets, revenue taken in and how much he has borrowed are given in broad ranges. It’s also not clear from the report who may be investing alongside him in his various properties.

His disclosure filed earlier this year showed he took in at least $453 million in revenue in 2018 and he owes at least $315 million to various banks.

Trump broke with decades of precedent by refusing to disclose his tax return to the public before taking office. Trump handed over management responsibility of the Trump Organization to his two adult sons, but did not sell off his interest in his properties and put the proceeds into a blind trust. Several previous presidents put their holdings into a blind trust so they wouldn’t exactly know what they owned and how public policy might impact their finances.