Designer of downtown sculpture likes the restoration of it 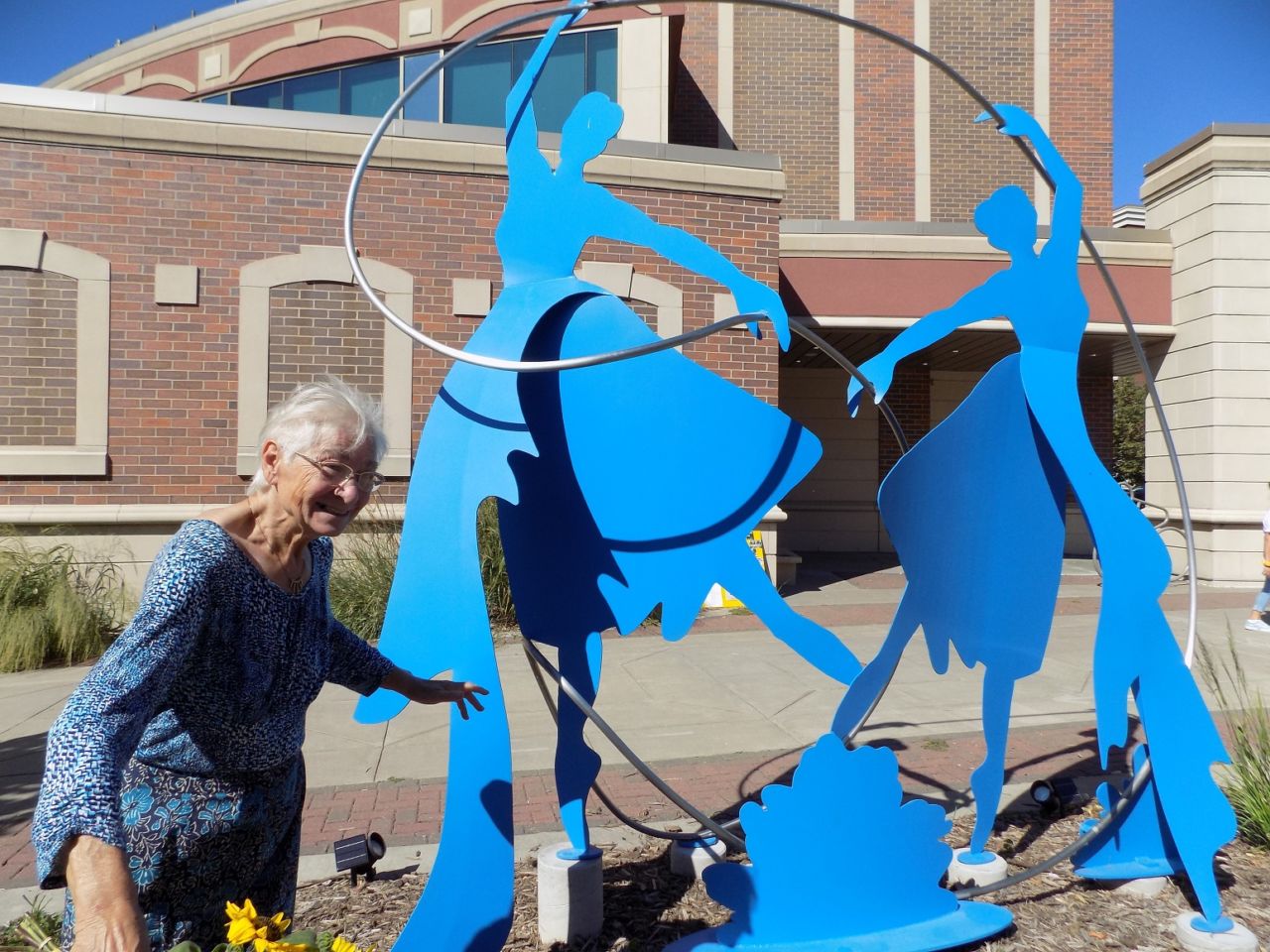 A familiar piece of art in downtown La Crosse has been welcomed officially to its new home.

The repainted Dancers sculpture, now located outside the Weber Center, was unveiled Friday, even though it had been installed on that spot weeks before.

The ceremony was scheduled for early September so the creator of Dancers, Donna Gerke-Cutta, could be present for the dedication.

Gerke-Cutta said, when she designed the metal piece showing two female dancers, she thought it might only be displayed for a couple of years.

“I thought, ‘Oh man, I bet mine won’t last very long,” she said. “But then people stepped up. And I was so proud. People stepped up and took care of it.”

It was originally placed outside the Pump House in 2002.

A local painter renovated the sculpture this summer, after the decision was made to move it across Front Street to the Weber Center grounds.

Gerke-Cutta said she didn’t know the artwork was going to be repainted and moved, when she went to the Pump House and saw the sculpture was missing.

She is, however, delighted with how the professional painter made the nearly 20-year-old art piece look new again, and relieved that she didn’t have to repaint it herself.

Gerke-Cutta said she had always intended the sculpture of two female dancers, painted blue, to be displayed at ground level, as it is now.

The metal piece was put on a pedestal at the Pump House parking lot to keep cars from running into it.