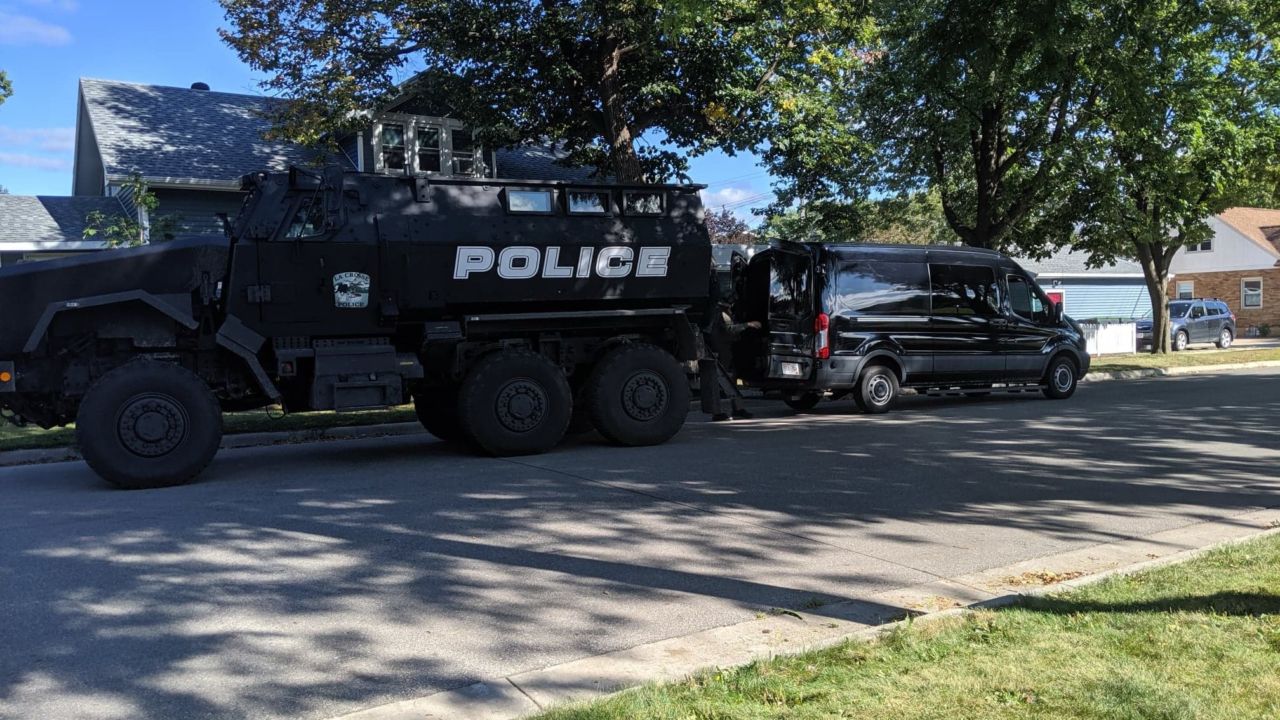 Some heavy police presence in the 400 block of 19th Street South in La Crosse found a completely different scenario than the 911 call that led them there.

The call came into dispatch at 2:05 PM that the caller had shot and potentially killed two adults in the residence where police responded.

A perimeter was set up and armored vehicles and the emergency response team breached the house, only to find no evidence of a shooting.

They also stress that it is early in the investigation.

The validity of the call and who made it are currently unknown.

Several blocks around the scene were shut off to traffic, and Emerson Elementary issued a ‘Shelter in Place’ order for a time.