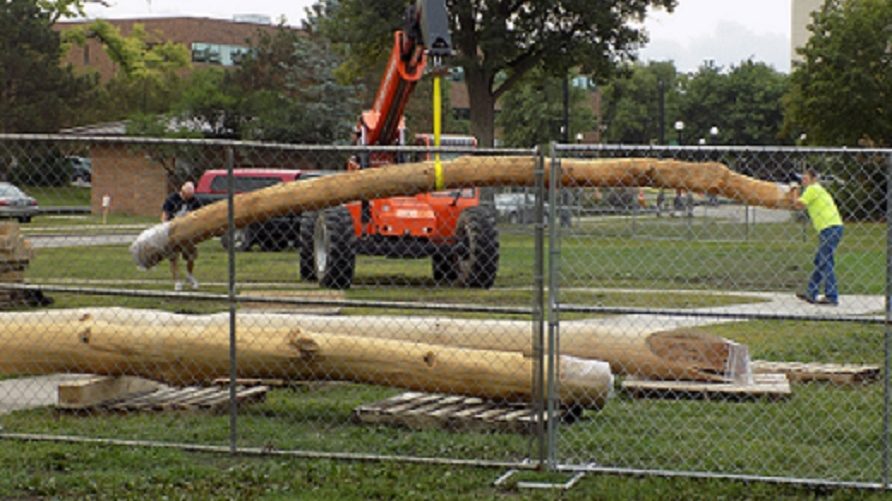 Some heavy lifting happening today at Riverside Park in La Crosse, as the designers of a new wooden canopy for the park bandstand have used a forklift to deliver logs for the canopy.

Porject spokesman Terry Bauer says the 15 logs will be assembled now, but won’t actually be put in place until later this week.

The wood has been prepared at a shop in West Salem.

The entire process of building the finished bandshell will last about two months, until the 1st of November.

Erection of a canopy had to wait until renovation of the concrete stage at the park was completed.