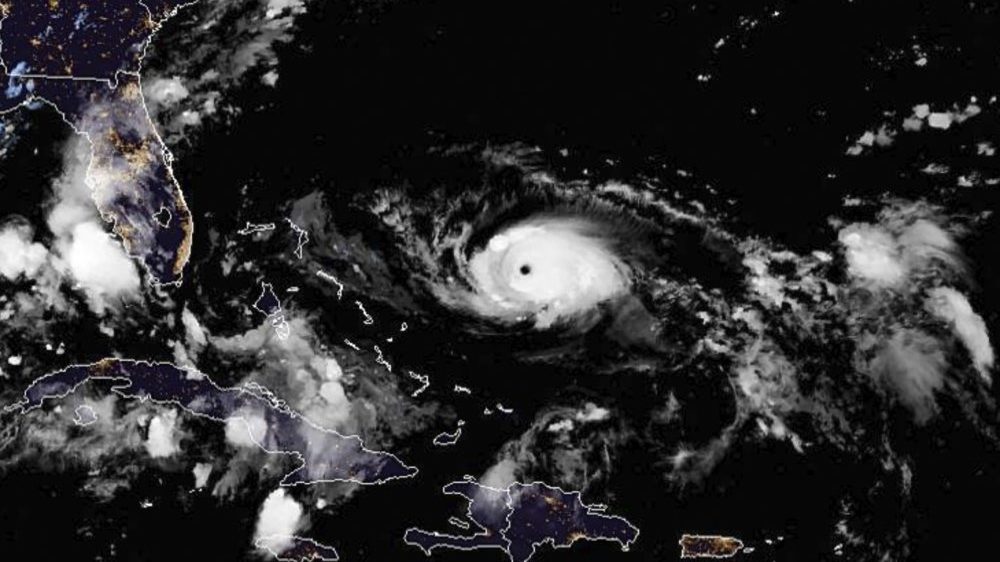 This photo provided by the National Oceanic and Atmospheric Administration shows a satellite view of Hurricane Dorian taken at 10:00 p.m. EDT, Friday, Aug. 30, 2019. (NOAA via AP)

The order also directs all state agencies to help the Wisconsin Department of Military Affairs in responding to the situation, according to a news release from the governor’s office.

“Coming together and helping others in their time of need is what Wisconsinites do,” Evers said. “The members of the Wisconsin National Guard stand ready to help Florida as the state and its people prepare to face this dangerous storm and recover from the damage it may inflict upon them,” Gov. Evers said.

The order declares a State of Emergency under the Emergency Management Assistance Compact (EMAC) in response to a request from the state of Florida. The EMAC is an aid agreement between United States states and territories, which can be utilized to enhance federal emergency response efforts.

Forecasters said “catastrophic” Category 5 Hurricane Dorian is battering Great Abaco island in the Bahamas. The U.S. National Hurricane Center described the pounding that parts of the northwest Bahamas received as a “life-threatening situation.” It says the hardest-hit areas face dangerous storm surge and urged residents not to venture out should Dorian’s eye pass overhead.

Dorian is forecasted to dance near Florida’s coast, but experts said Florida’s fate may be determined by just a few miles here or there. Even though the official track for Dorian by the National Hurricane Center keeps the eye offshore, it is cutting it so close that the center director says it’s too close for comfort. Hurricane-force winds may end up dying down only a few miles offshore, or just a wobble in the storm track between now and Tuesday and Wednesday could mean a direct hit.