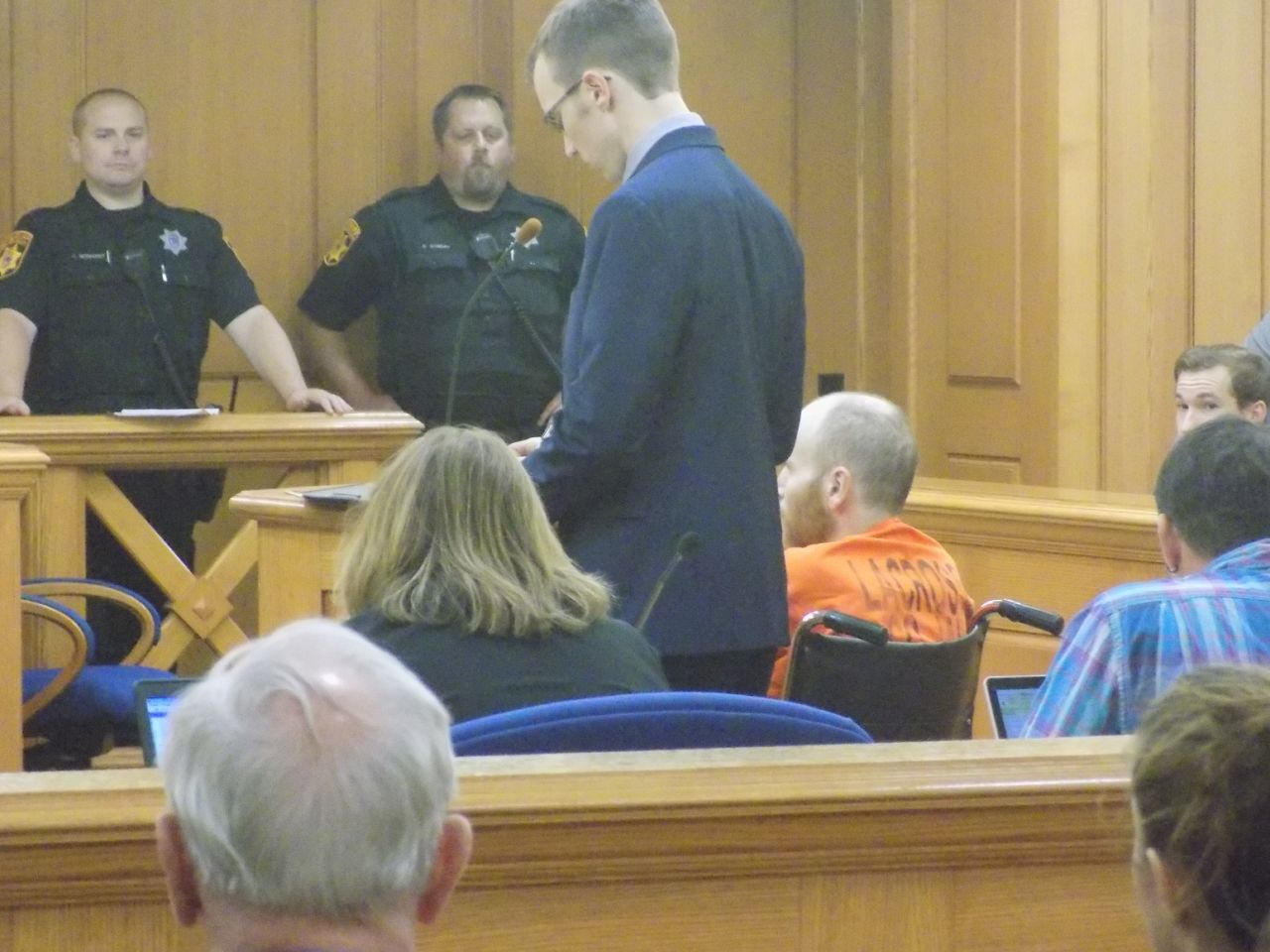 Allen Kruk, seated in wheelchair, appears before a La Crosse judge on Thursday

He’s in a wheelchair, has a full cast on his arm and his jaw is wired shut.

Horne granted a prosecution request for $50,000 cash bond and set Kruk’s next court appearance for Sept. 6.

Kruk fired at Darling, hitting him in the chest — the officer had a bulletproof vest on — during a confrontation. Kruk was shot several times in return.

Kruk was in the hospital until being taken to jail Wednesday.

Horne suggested that a higher cash bond might even be justified.