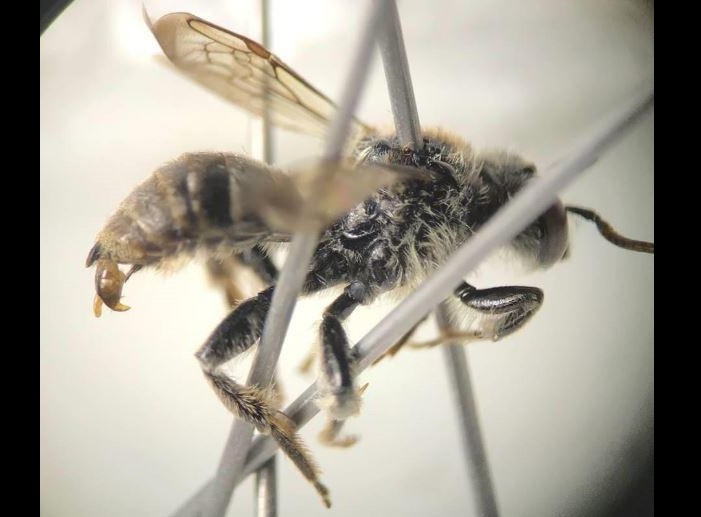 MADISON, Wis. (AP) — A rare bee not seen in Wisconsin in more than a century has turned up in the Chequamegon-Nicolet National Forest.

U.S. Forest Service scientists found the bee in July while surveying pollinators as part of an inventory of native bees in the Great Lakes region.

The bee was once widespread in eastern and central America but was thought to have gone extinct.

It was then found in 2002 in Nova Scotia, Canada — and only two such bees have been found since, in Connecticut in 2006 and New York in 2014, according to the Milwaukee Journal Sentinel.

“The species is known as a cleptoparasite — it lays eggs on masses of pollen and floral oils collected by another type of bee, the Forest Service said, the Sentinel wrote. “Researchers have long suspected this bee resided in the Lakewood area but had no proof. They were last seen in Dane County in 1910.”

Wisconsin has around 500 native bee species.