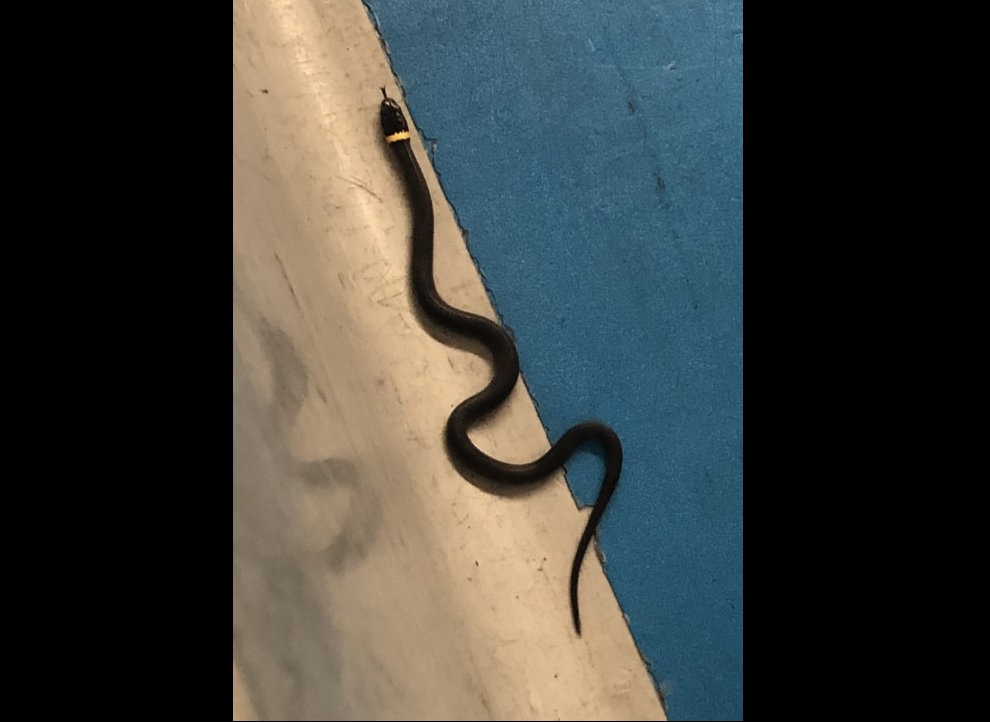 The ring-necked snake was found at a checkpoint at Newark Airport. (TSA)

Transportation Security Administration officials at Newark Liberty International Airport said in a release that it appears the thin, black snake with a yellow ring around its neck was forgotten by a traveler Monday night.

The snake was determined to be a 15-inch ring-necked snake.

The girl alerted a TSA officer and a grey checkpoint bin was placed over the snake that officials said was harmless.

New Jersey Federal Security Director Tom Carter said in the release that Newark has a robust lost and found system, but that the owner of the snake should not call them or expect to be reunited with the reptile.

It’s unclear where the snake was taken.