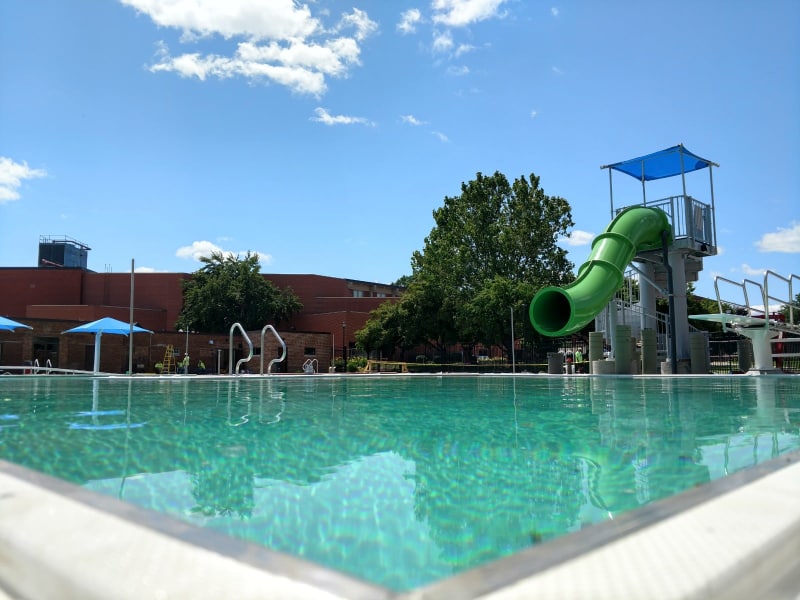 Whether you’re a serious swimmer or a master cannonball-er, you’ll want to head out to Veterans Memorial Pool on Tuesday night.

The newly opened, $3.1 million facility is having an open swim meet for anyone and everyone (more info here). It’ll feature typical races like the freestyle or backstroke, along with some other odd competitions for those not-so-serious swimmers.

“If you’ve never swam in a meet before, it’s a good chance to try it out,” Jacob Sciammas, head of the community organization that’s helping fund the pool, said on Monday night on WIZM. “We’re going to have some fun activities that’ll make it fun for those of us that don’t even know what a freestyle or backstroke is.

“If you can swim on a noodle, you can come to the swim meet. If you can do a cannonball, we really want to see you make a big splash. It should be a lot of fun.”

The meet begins at 5:30 p.m. The cannonball contest will likely be the grand finale. How it’s going to be judged, however, is still up for discussion.

“I think there was mention of by roar of applause, but we should probably have some guest score people, too,” he joked, after being given the idea of having those giant numbered signs 1 through 10, like its the Olympics.

Sciammas, who also said the pool would be free for swimming all day, said to just come down and sign up for the meet and they’ll get you involved, no matter your level of swimming experience.

A week from Tuesday, the pool will also be holding its grand opening, though it unofficially opened Aug. 2.

“You kind of want to soft open a pool,” Sciammas said. “You don’t want to hit the ground running with too many people. You want to kind of work out the kinks.

“Now that we’ve had some weeks under our belt, things are in good order, it’s the right time to have everyone come in and celebrate. And, really, to some degree, we’re kind of closing the season.”

The grand opening will feature other activities and food. Sciammas also did mention that you do not have to wait 15 minutes after eating to go swimming. But, if you down 5-10 hot dogs, it might be a good idea to wait.

As for pool funding, the community organization that vowed to hit $500,000 toward the $3.1 million cost for the pool, Sciammas said they’re about $25,000 away. By the grand opening next week, he’s hoping they come through with that money.