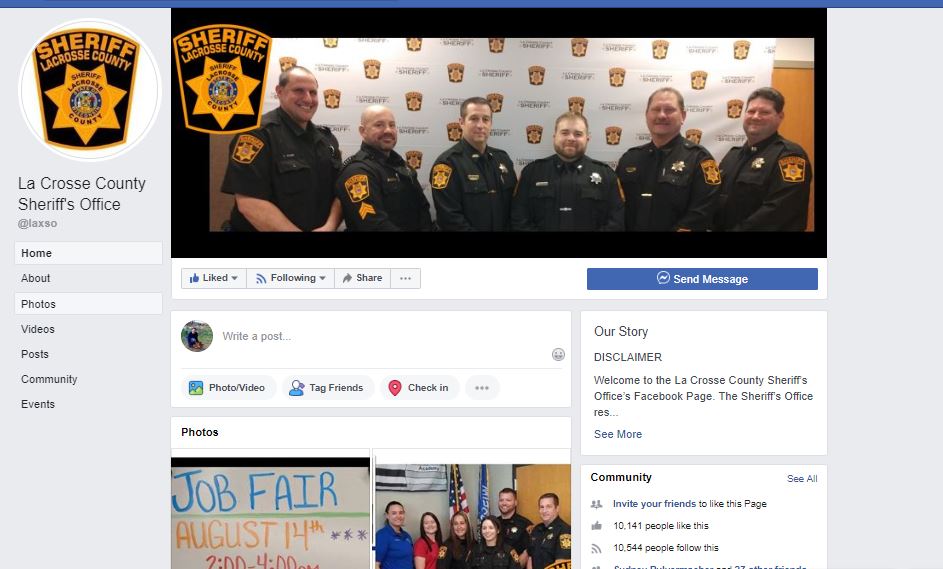 It’s apparently part of a crash reduction strategy. The Dodge County Sheriff’s Office recently said it would take a step to post on social media those arrested for driving drunk.

The southern Wisconsin county will release the names and photos of the accused — not yet convicted — drunken drivers on Facebook.

In La Crosse County, Sheriff Jeff Wolf said they are not interested in following Dodge County’s footsteps, yet.

“We will watch it and see how it goes and see what kind of feedback from the community both in Dodge County and here,” Wolf said. “If it is wanted here, we’ll think about it.”

The La Crosse County Sheriff’s Office has used a “warrant Wednesday” on social media in partnership with the Child Support Agency. Wolf said that has been successful for their department.

The city of La Crosse’s police department also does a “warrant Wednesday.”

A key reason for Wolf’s hesitation in posting those accused of breaking the law is understanding where the duty of law enforcement may draw the line.

“There are multiple levels to the justice system,” Wolf said. “Our job is to enforce the law. As far as penalties, I think that comes from the courts and the judges. I don’t know that it is our job to shame individuals for mistakes that they have made.”

Although he is not willing to share images and names on social media, that information is all public record.