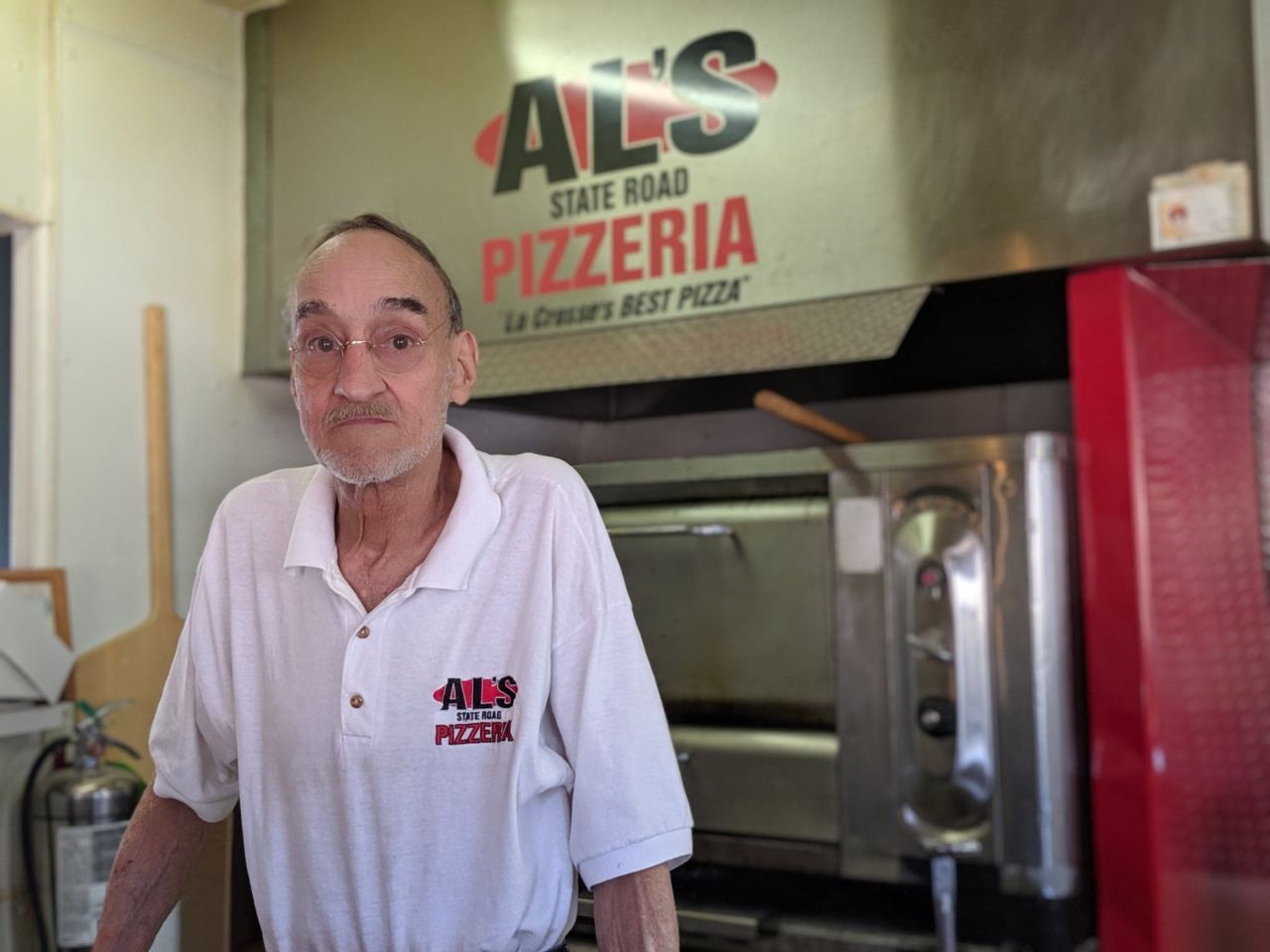 Al Muenzenberger's kidneys started slowing failing 30 years ago. He has been on the waiting list for a transplant for nearly six years.

The University of Wisconsin Transplant Program informed the owner of Al’s State Road Pizzeria he was removed from the waiting list because of his weight and plaque in his arteries near the kidney.

Muenzenberger’s kidneys have been slowly declining for the past 30 years.

He started dialysis and was added to the kidney transplant waiting list nearly six years ago. Muenzenberger had an MRI three years ago that showed he was clear for surgery and had been waiting ever since.

“It kind of changes everything,” Muenzenberger said. “It is pretty depressing. Hopefully, I can get it straightened out.”

“I don’t want to be on dialysis the rest of my life,” Muenzenberger said. “What the other option is, I don’t know.”

If he gets back on the UW Transplant Program list, Muenzenberger said he will resume his position among the top candidates. He is working to see if he can get on another transplant list soon.

Muenzenberger hoped his story will shed light on organ donation and inspire those with two healthy kidneys to donate to someone in need.

A local pizza guru started warning customers he may have to unexpectedly leave.

Al Muenzenberger of Al’s State Road Pizzeria gives each customer a note saying that he is waiting for a transplant.

Muenzenberger said he has been on the waiting list for a kidney for almost six years, but he did not want his customers to think he will close up shop when he goes into surgery.

“Of the things that keep me going, I have my business, and I have my parents’ house that I love very much,” Muenzenberger said. “If I hadn’t been successful in the last 5-6 years of holding onto my business, and if I would have lost that house, I don’t know what else there would be to hold onto.”

Muenzenberger dropped out of school decades ago to pursue his pizza passion. He has been working in the industry for almost 50 years.

He has been doing in-home dialysis for the past six years for nearly eight hours a night.

A big reason why he has been on the waiting list so long is that he has a rare blood type, O negative. He was lucky enough to have an identical twin, Alvin Muenzenberger, owner of Big Al’s pizzeria, who was willing to donate a kidney himself.

Unfortunately, doctors would not allow it because of Alvin’s own health concerns.

Muenzenberger has less than 10 percent kidney function left but said a successful transplant could add 10 years to his life.

The fear of possibly losing loyal customers made him hesitant for when that call does come in for surgery.

“You kind of don’t want it to happen, but then you do,” Muenzenber said. “It is hard to get anything done. The dialysis and the appointments in Madison and here in La Crosse are pretty big interruptions.”

He admitted running the business has been a challenge. Currently, he’s open five days a week for 25 hours.

Rather than dwelling on his health, Muenzenberger decided to use this experience to educate others about how kidney donations can save lives.

“I think people should know about what it is like to donate a kidney, and how much of a shortage there is and how many people are suffering because there isn’t enough of them,” Muenzenberger said. “There are so many kidneys out there that there is unnecessary suffering.”

Muenzenberger said if someone donates a kidney in his name, he is entitled to a live kidney rather than waiting for a donation from someone deceased.

He plans to reopen Al’s State Road Pizzeria as quickly as possible after surgery.