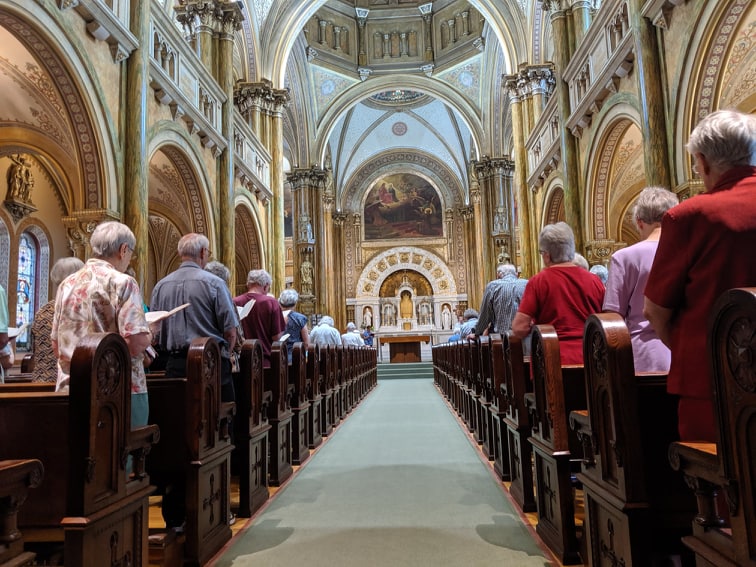 A mass was held in the chapel after the bell rang 141 times to mark each year of adoration.

In celebration of more than a century of perpetual adoration, the Franciscan Sisters of La Crosse took turns ringing a bell 141 times, a ring for each year of adoration.

Aug. 1, 1878 at 11:00 a.m. marked the start of this tradition. Letters dating back to June of 1877 spoke of the sisters’ desire to introduce the devotion. They sought to expose the Eucharist continually with burning candles. The letters read it would be a great expense, but the sisters believed they owed it as a debt of gratitude for the abundant blessings they received.

They built a new chapel for the purpose. A small shrine of 12’x18’ was added to the south wing of the convent. The monstrance, which is used to hold the Eucharist, was made of pure silver and cost more than $300 at the time.

According to history, the sisters prepared spiritually for their very first adoration with a three-day retreat.