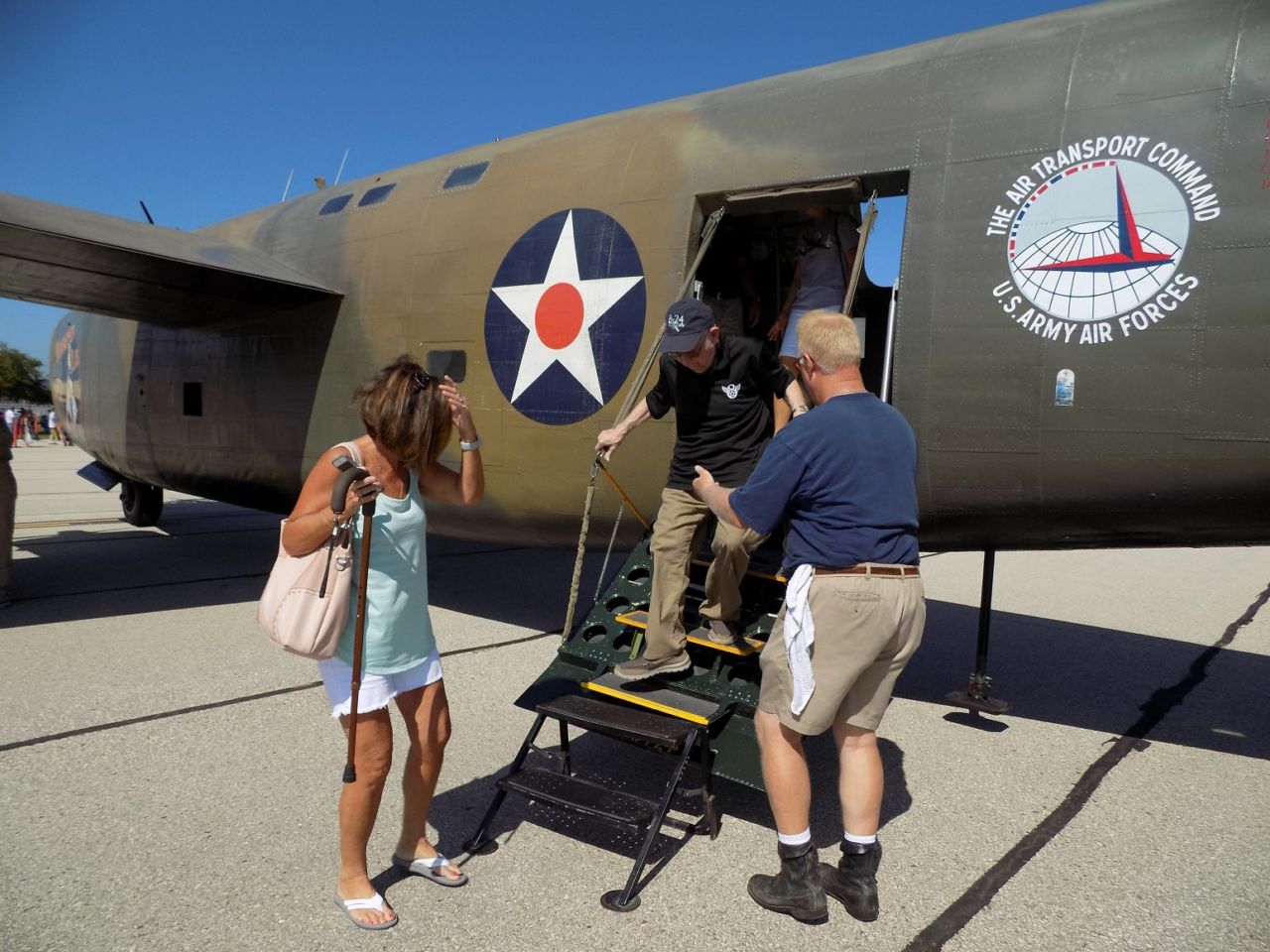 A local veteran of World War II got a chance to board a B-24 again this weekend, as part of the “How Time Flies” festival at the La Crosse Regional Airport.

Ninety-eight-year-old Henry Devine of Onalaska was given a tour of the B-24 “Diamond Lil” on Saturday, between flights of the vintage bomber.

Devine served as a “waist gunner” in a B-24, flying two dozen missions over Germany toward the end of WWII.

Devine says his crew’s main job on the bomber “was getting these oil refineries and the rail for bringing it out, and that’s what helped the ground troops.”

A few years ago, Devine also joined other local veterans on a Freedom Honor Flight from La Crosse to Washington, D.C.

Many visitors to the festival were allowed to fly aboard the “Diamond Lil” and other old airplanes, during the airport’s celebration of 100 years since La Crosse’s first air field, Salzer Field, began operation.