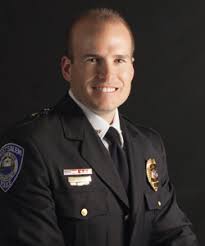 Onalaska has found a new police chief, in West Salem.

Current West Salem Chief Charles Ashbeck has been hired by the Onalaska Police and Fire Commission, to head its police department.

The search for a chief in Onalaska began this spring when Assistant Chief Jeffery Cavender retired, after a controversy involving drinking with the city fire chief who was charged with driving drunk.

Ashbeck is expected to start the job in Onalaska late next month.