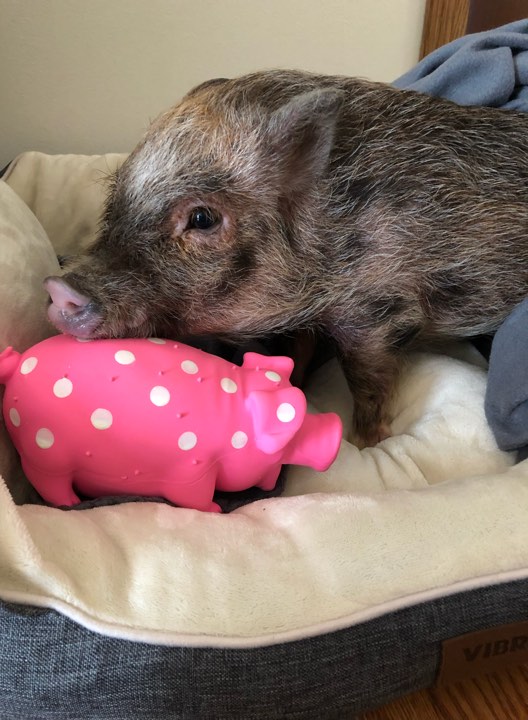 Penelope is an emotional support animal for a Sparta boy living with Autism.

Sparta, Wis. — Penelope the pig sounds like the title to a children’s story, but she is the real deal for a Sparta boy living with autism.

Penelope caught attention, after the Sparta Police Department shared photos with her.

They helped her reconnect with the Frisk family, after she was found walking down the street.

Joseph Frisk said Penelope is his son’s registered emotional support animal. He said they’ve tried typical house pets like cats and dogs to help with his unique challenges, but it was the Juliana micro pig from Green Bay that did the trick.

“For whatever reason, Penelope worked,” Frisk said. “We kind of gave it a week trial run, and they really seemed to get along well. It is kind of just a comfort thing. It is hard to explain. They just have a unique bond that works.”

Frisk said Penelope is very loving and smart, which may be why she escaped. The family was on a mini-vacation, so Penelope was staying at grandma’s house when she made her getaway.

“We think that she actually might have been just coming to find us,” Frisk said. “They are highly intelligent animals. She found a way to escape a fenced-in yard and made her way down the street.”

Frisk called Sparta Police once he learned what happened. Police kept Penelope calm until she was reunited with her family.

Penelope is different than service animals. According to Frisk, emotional-support pets can be any animal that provides comfort to a person in need of it. His son has a prescription from a therapist for Penelope.

His advice for anyone who may be interested in having a pig for a pet is to keep in mind they are very loving, affectionate animals and to check with local laws and ordinances.