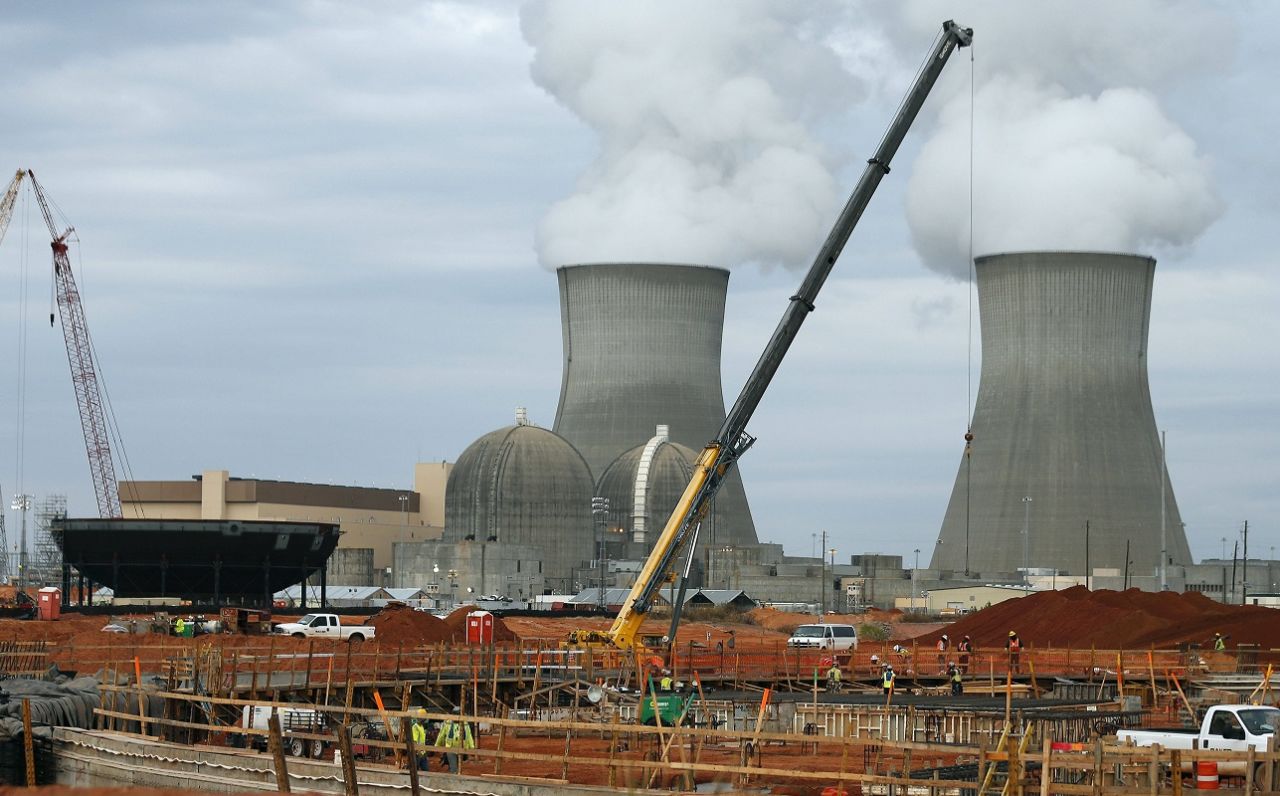 FILE - In this photo taken Tuesday, Dec. 11, 2012 part of the containment vessel for a new nuclear reactor at the Plant Vogtle nuclear power plant is shown under construction in Augusta, Ga. The Nuclear Regulatory Commission will look at cutting back on inspections of the country’s nuclear reactors. Staff recommendations made public Tuesday would reduce the time and scope of annual inspections at the nation’s 90-plus nuclear power plants. Some other inspections would be cut from every two years to every three years. (AP Photo/John Bazemore)

WASHINGTON (AP) — Nuclear Regulatory Commission staff is recommending that the agency cut back on inspections at the country’s nuclear reactors, a cost-cutting move promoted by the nuclear power industry but denounced by opponents as a threat to public safety.

The recommendations, made public this week, include reducing the time and scope of some annual inspections at the nation’s 90-plus nuclear power plants. Some other inspections would be cut from every two years to every three years.

Some of the staff’s recommendations would require a vote by the commission, which has a majority of members appointed or reappointed by President Donald Trump, who has urged agencies to reduce regulatory requirements for industries.

The nuclear power industry has prodded regulators to cut inspections , saying the nuclear facilities are operating well and that the inspections are a financial burden for power providers. Nuclear power, like coal-fired power, has been struggling in market completion against cheaper natural gas and rising renewable energy.

While Tuesday’s report made clear that there was considerable disagreement among the nuclear agency’s staff on the cuts, it contended the inspection reduction “improves efficiency while still helping to ensure reasonable assurance of adequate protection to the public.”

The release comes a day after Democratic lawmakers faulted the NRC’s deliberations, saying they had failed to adequately inform the public of the changes under consideration.

“Cutting corners on such critical safety measures may eventually lead to a disaster that could be detrimental to the future of the domestic nuclear industry,” Rep. Frank Pallone, D-N.J., chair of the House Energy and Commerce Committee, and other House Democrats said in a letter Monday to NRC Chairwoman Kristine Svinicki.

Asked for comment Tuesday, NRC spokespeople pointed to the staff arguments for the changes in the report. Trimming overall inspections “will improve effectiveness because inspectors again will be focused on issues of greater safety significance,” staffers told commission members in the recommendations.

Edwin Lyman, a nuclear-power expert at the nonprofit Union of Concerned Scientists, faulted the reasoning of commission staff that the good performance of much of the nuclear power industry warranted cutting back on agency inspections for problems and potential problems.

“That completely ignores the cause-and-effect relationship between inspections and good performances,” Lyman said.