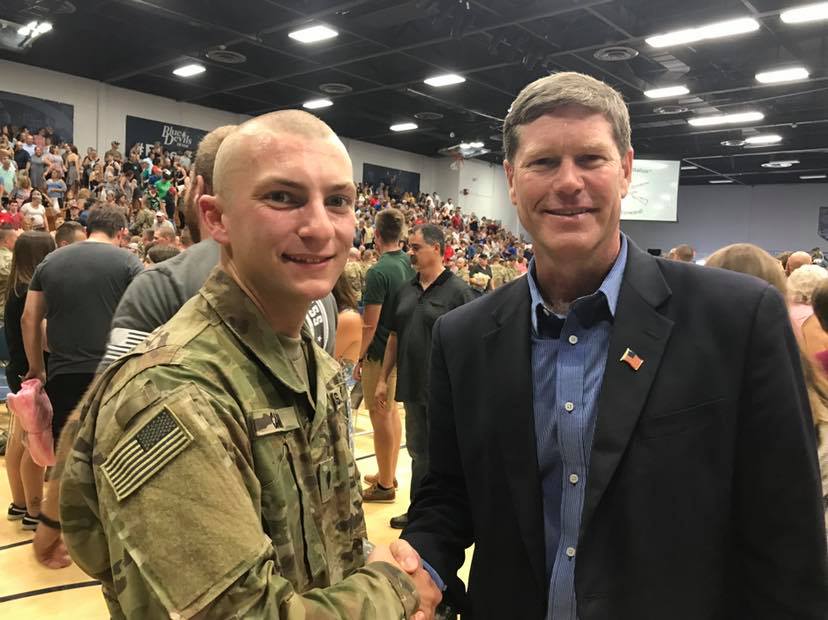 MENOMONIE, Wis. (AP) — A standing-room-only crowd packed a fieldhouse at the University of Wisconsin-Stout for a send-off ceremony for nearly 400 Wisconsin Army National Guard soldiers headed for a year’s deployment in Afghanistan.

The Eau Claire-headquartered 1st Battalion, 128th Infantry and its subordinate companies are part of the 32nd Red Arrow Infantry Brigade Combat Team. They will provide security for coalition forces operating in the region.

Gov. Tony Evers told the soldiers and their families that their sacrifice and courage helps ensure the liberties and freedoms enjoyed by Americans, according to the Leader-Telegram. Evers pledged support to those the soldiers will leave behind at home.

At the end of the ceremony, Evers presented the Wisconsin flag to officers of the 128th.

Rep. Ron Kind of La Crosse posted on Facebook, “This weekend, I had the honor to help send off nearly 400 brave men and women from the 1st Battalion, 128th Infantry of the Wisconsin National Guard. Thank you all for your service to our country and I look forward to welcoming you back home soon.”