The City of La Crosse is awarded for energy efficiency 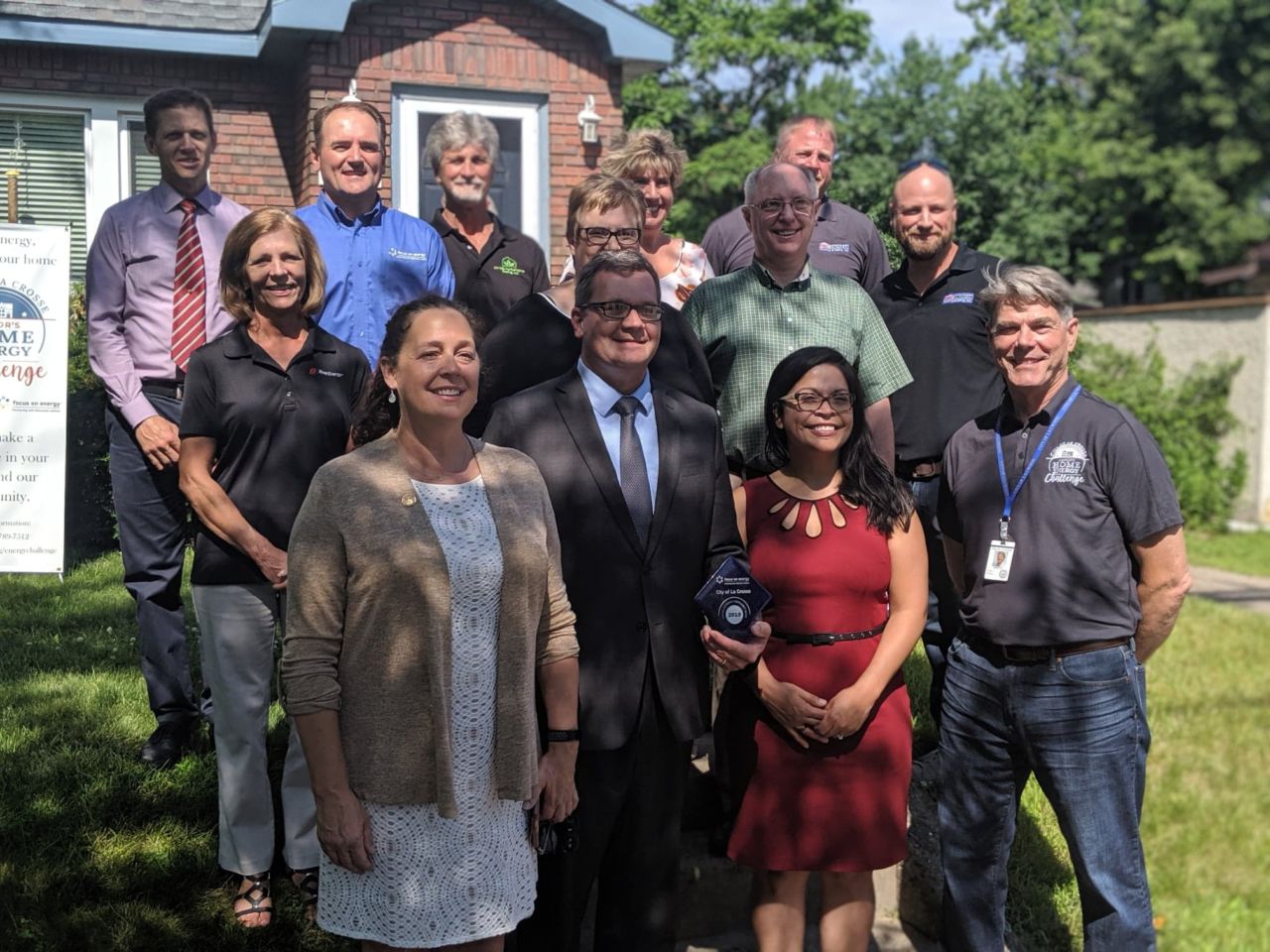 “It is a continuation of what we are doing,” Kabat said. “We’ve established some very lofty goals to get us to completely renewable energy by 2050. These kinds of programs are how you get there”

The award was presented outside the home of Jerry and Leslie Root. The couple received $1,100 from Focus on Energy and $500 from the city to insulate his home, fix wiring issues and more. Jerry said it all started when he noticed ice build-up last winter. When he spoke with a contractor about it, the contractor recommended getting a free performance test with Focus on Energy. Jerry said he didn’t realize how much air was leaking until after the test.

“It is more energy-efficient, so it will be more comfortable to live in and it will be cheaper to heat and cool,” Jerry said. “Because of some of the upgrades, it will be safer to live in too.”

Mayor Kabat said many of the homes in La Crosse are aging, so it is time to do an efficiency upgrade.

“If we are collectively as a community going to do our part when it comes to a solution to climate and use of energy and being efficient, you need everybody, or as many people participating as possible, not just city government, not just city businesses but really everyone,” Kabat said.

Kabat said 40 energy efficiency projects have been completed since September of 2017 with 13 more contracted. They had the same impact with regard to carbon footprint as taking 474 cars off the road. Kabat said the lifetime of those projects will reduce carbon dioxide emissions by 131.2 tons.